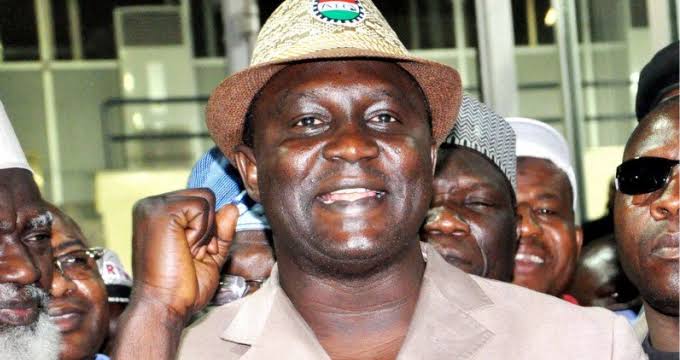 In a tweet on Tuesday, the Kaduna governor said NLC leaders had been declared wanted for economic sabotage and attacks on public infrastructure.

Anyone that knows where he is hiding should send a message to @MOJKaduna. KDSG. There will be a handsome reward!

Comrade Ayuba Wabba, President of the Nigeria Labour Congress (NLC), has been declared wanted, according to Malam Nasir El-Rufai, governor of Kaduna State.

Wabba was last seen publicly in Kaduna where he led members of NLC on a protest against policies of El-Rufai’s administration.

NLC had led members of affiliate unions on a protest that crippled economic activities in Kaduna.

Banks, hospital, train station, airport were shut while the state was plunged into darkness as electricity workers also joined the mass action.

Another INEC Office In Enugu State Razed By Fire