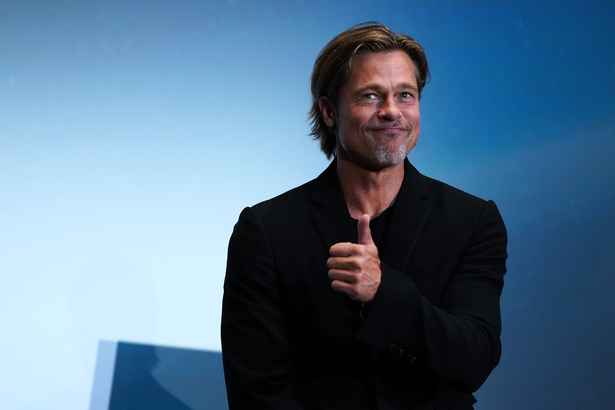 Single dad Brad Pitt could be about to guest star on Keeping Up With The Kardashians after being set up with Khloe Kardashian by Kanye West.

Kanye West is more than just a genius record producer – he’s also apparently great at setting people up together.

According to rumours around Tinseltown, Kanye could be playing Cupid for his sister-in-law Khloe Kardashian and movie star Brad Pitt.

Khloé, 35, who was at the service with sisters Kourtney, Kim and Kendall, has made no secret of her huge crush on Brad.

She even admitted in 2016 that she would have sex with the hunk live on air during a radio interview with Howard Stern.

Now could be the perfect time for Khloé and Brad to give it a go, as last month she revealed she has spent the summer focusing on herself following her split from Tristan Thompson, the father of her 17-month-old daughter True.

Although Kanye, 42, has welcomed a host of famous faces at his Sunday Service, including Katy Perry and Orlando Bloom, Brad has clearly made a big impression on the Kardashian clan.

He’s also been spotted hanging out with his new pals Kim and Kanye at a Hollywood party.