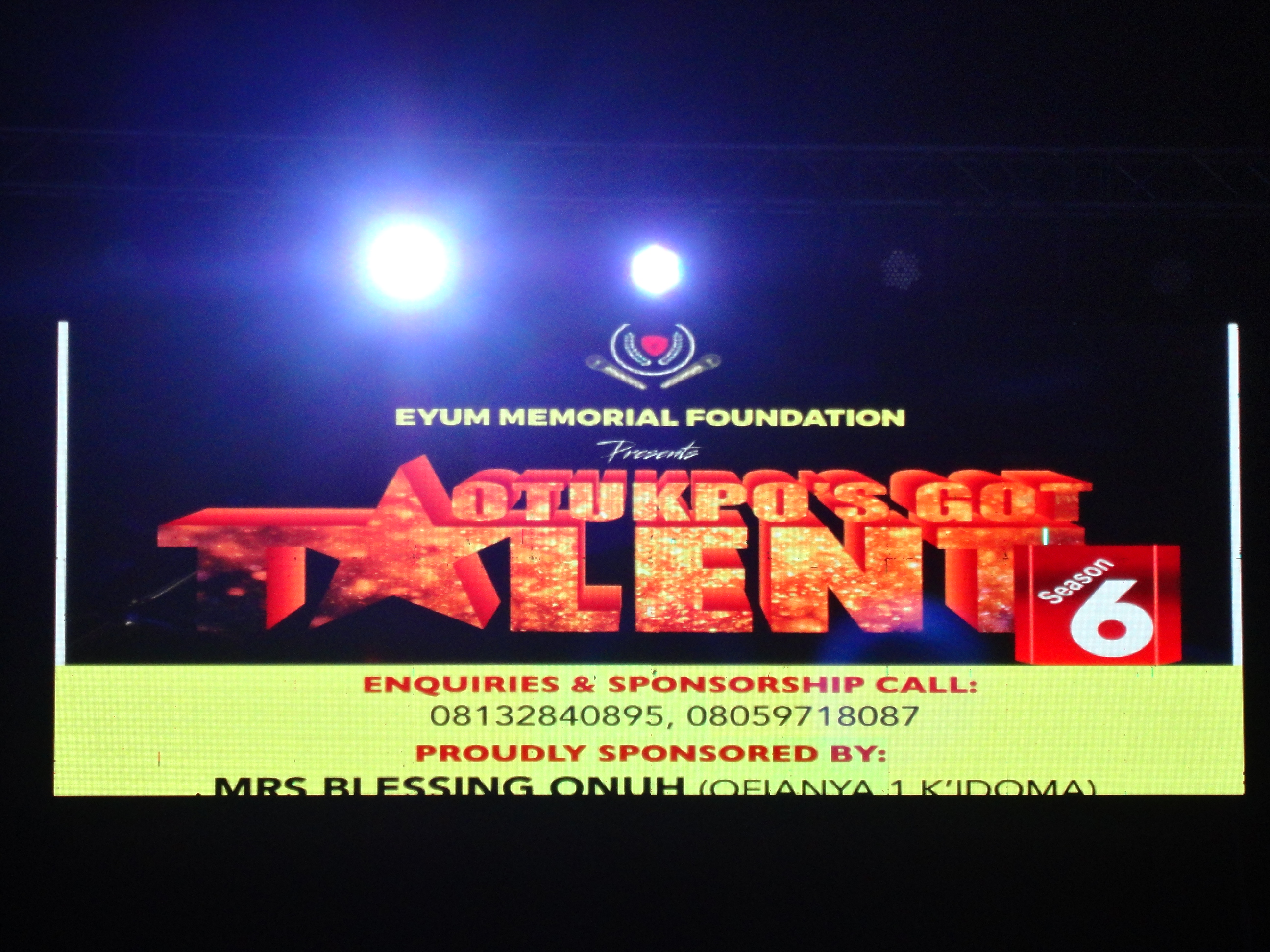 The three day talent hunt titled ‘Otukpo Got Talent’ (OGT) organized and sponsored by member representing Otukpo/ Ohimini at the national assembly has ended with Kelvin Robinson emerging the winner.

The OGT which took place at the Eyum Memorial Centre, Otukpo, witnessed acts from various contestants in singing, dancing, comedy, choreography and artistic performance from other artists and winners from previous editions of the talent hunt which has lasted for 6 editions.

Speaking at the grand finale the sponsor, Lady Blessing Onuh said the talent hunt is for the youth of the area aimed at ensuring the youth are taken from the streets due to the abundance of talent in the area.

Lady Onuh who prayed for others to emulate the gesture by investing in the future of the youth in Idomaland said it is time for youths in the area to discover so that their talent would not be lost.

Reacting to his victory Kelvin Robinson expressed joy over the victory saying he would go on to record his songs while thanking the organizer for the opportunity given to him.

The occasion also witnessed the presentation of the award of “political icon of the year” to Lady Blessing Onuh by free image entertainment the organizer of miss Idoma beauty pageant.