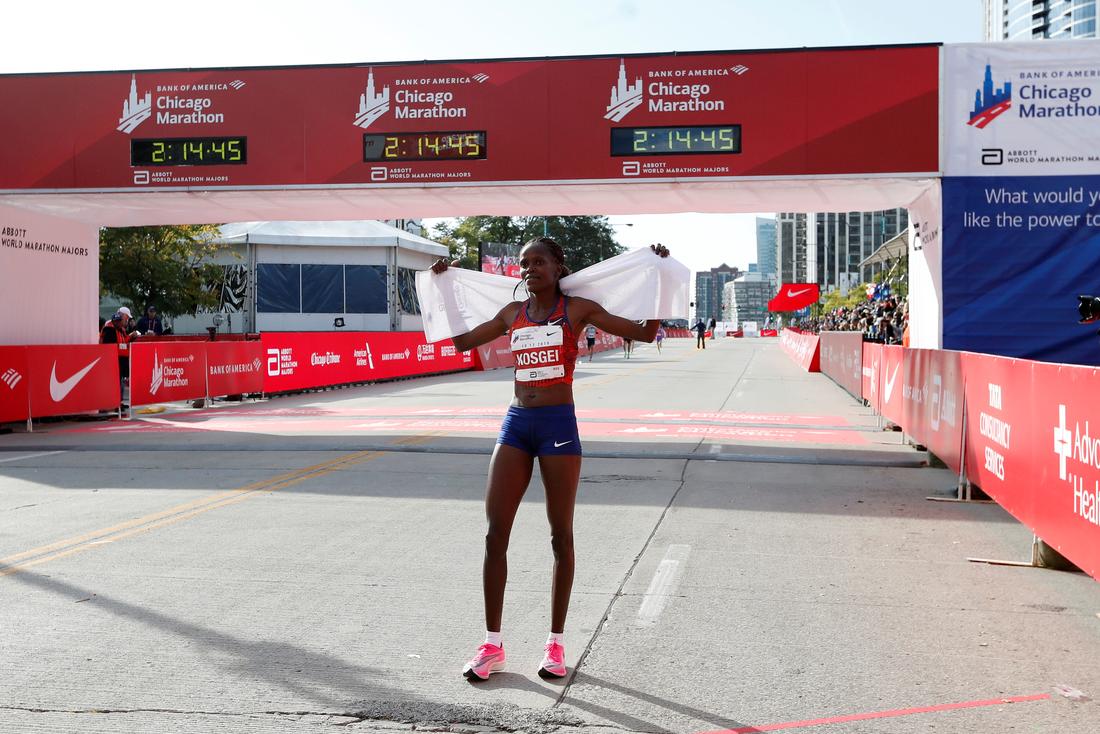 It adds to the Kenyan’s win in London this year when she clocked 2:18:20 and became the youngest winner of the race.

Only 22 runners in the men’s race finished faster than Kosgei, whose time would have been a men’s world record in 1964.

Radcliffe’s 2003 time was the longest-standing marathon world record by either men or women in the post-war era.

The former world champion was at the finish line in Chicago to witness Kosgei’s remarkable performance and was among the first to congratulate her.

“When I saw how fast Brigid was running in the first half I knew it was going to be broken,” said Radcliffe.

Ethiopa’s Gelete Burka completed the top three in Chicago on Sunday with a time of 2:20:51.

Related Topics:KenyaWomen Marathon
Up Next