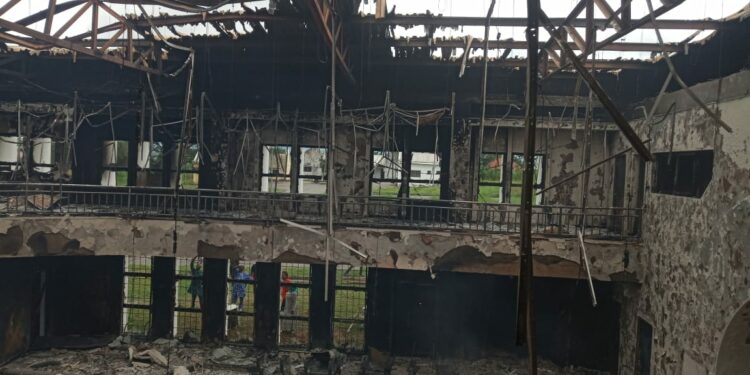 The Kogi State House of Assembly complex was on Monday morning gutted by fire.

The cause of the fire incident, which started around 8am, was unknown at press time.

LEADERSHIP gathered that the Assembly gallery was completely destroyed by the inferno.

The Speaker of the House, Prince Mathew Kolawole, while speaking to journalists at the Assembly complex, said the House will allow security agencies to investigate the incident.

He, however, said this will not stop the Assembly from performing its duties, adding that the resolution of the House concerning Dangote Cement Pls stands.