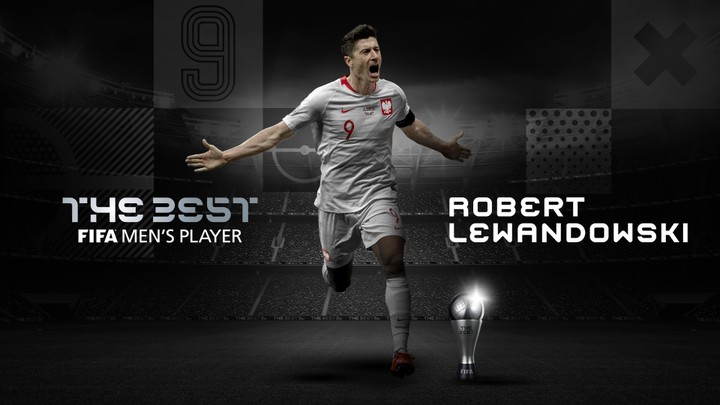 Robert Lewandowski has been named The Best FIFA Men’s Player of the Year for 2020, with the Bayern Munich star beating Lionel Messi and Cristiano Ronaldo to the coveted prize.

The Poland forward was without equal in the 2019-20 season, scoring 55 goals in 47 appearances as Bayern swept to a Bundesliga, Champions League and DFB-Pokal treble – with Lewandowski the top scorer in all three competitions.

The 32-year-old has continued his stunning form into the new season and, on Wednesday, scored his 250th goal in the Bundesliga to help Bayern to an important win.

Lewandowski was the firm favourite to scoop the prize in a year in which the Ballon d’Or was cancelled due to the coronavirus pandemic.