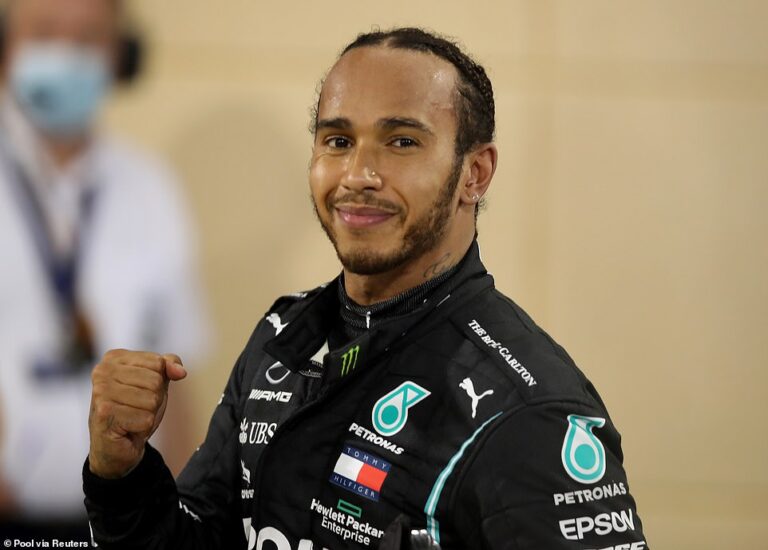 These two rivals have been battling for race wins in each of the four grands prix so far this season, but Hamilton’s victory at the Circuit de Barcelona-Catalunya — the 98th Formula One win of his career — moves him 14 points clear at the top of the driver standings.

Seven-time world champion Hamilton had lost his lead from pole position on the opening corner and it took some creative strategic thinking from Mercedes for him to eventually win it back.

Hamilton returned to the track in third place and 22 seconds behind Verstappen but, crucially, with fresher and faster tires. There were immediate similarities to the 2019 Hungarian Grand Prix, when Hamilton hunted down Verstappen after a similar pit stop strategy to eventually pass him for the win.

Hamilton still needed to take a second per lap out of Verstappen’s lap times to overtake him on the final lap. In the end, it was far more comfortable than that, with Hamilton passing his world title rival six laps from the end.

However, one win and three second place finishes for Verstappen so far this season means the young driver remains hot on Hamilton’s heels.