Liam Hemsworth formally files for divorce from Miley ( see why) 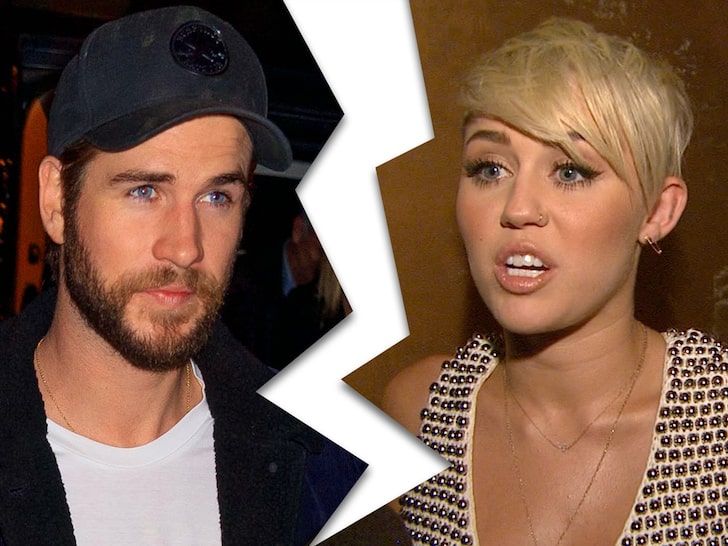 Liam Hemsworth is the one who’s pulling the plug on his marriage, because he just filed for divorce from Miley Cyrus.

Sources connected to the couple tell TMZ, Liam and Miley had a prenup, keeping their earnings during the marriage separate, so there won’t be a fight over money. And, since there are no kids, the divorce will be easy breezy.

The handwriting was on the wall for weeks … Miley and Liam announced their separation August 10, after less than a year of marriage.

Sources say Liam is “over the marriage” and just wants to move on.

The day before telling the world she split from Liam, Miley was spotted making out with her longtime friend, Kaitlynn Carter, at Lake Como in Italy.

There were allegations of infidelity, although it appeared the couple had split months before.

Miley had made overtures as recently as this week, saying she wanted to work on the marriage, but Liam was steadfast that it was over but Liam’s people said he would be “insane” to jump back in.

Liam and Miley had been drifting apart for some time … Liam was photographed in June grocery shopping without his wedding ring.

The breakup started out amicable, but it quickly turned nasty, with claims of drug use and infidelity. She released a song last week, “Slide Away,” which we’re told is her version of the split, blaming it on Liam’s alleged penchant for whisky and pills … something he strongly denies.

Miley and Liam tied the knot back in December, hosting friends and family for a wedding celebration at their home in Nashville.

It was the first marriage for both of them, and they were together, on and off, for a decade.