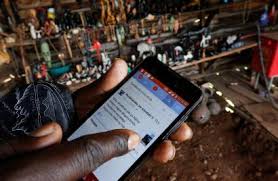 Countries across the coast of West, Central and southern Africa are suffering slow internet connectivity that started on Thursday.

The situation remains unstable as at Friday (January 17).

Reports indicate that mobile phone access is also partly impacted by the outage which was triggered by cuts to two major undersea cables along the West African coast.

The WACS connects parts of the continent to the United Kingdom and the South Atlantic 3/West Africa (SAT-3/Wasc) submarine cable which extends as far as to Portugal and Spain.

Openserve in a statement on Thursday, said “The unusual and simultaneous dual cable break has resulted in customers, that are connected to Openserve’s global capacity clients, experiencing reduced speed on international browsing. International voice calling and mobile roaming have also been impacted,”.

“Openserve appreciates the patience of all affected clients and their customers as undersea cable infrastructure repairs are complex and can be time-consuming.”

Reports say the French-owned Orange group are not affected by the disruption. In Ghana for instance Vodafone’s services were unaffected whiles the largest operator, MTN, reported issues.

In announcing what it said were “network challenges,” MTN said the issues were “as a result of international undersea fiber cable cut.” It said data and international outbound calls were affected.

The situation is confirmed across much of West Africa, MTN Cameroon for example sent a message to customers confirming an issue that they said they were working to fix.

MTN Congo sent a belated message to clients reiterating the message sent by their sister branch in Cameroon and Ghana.