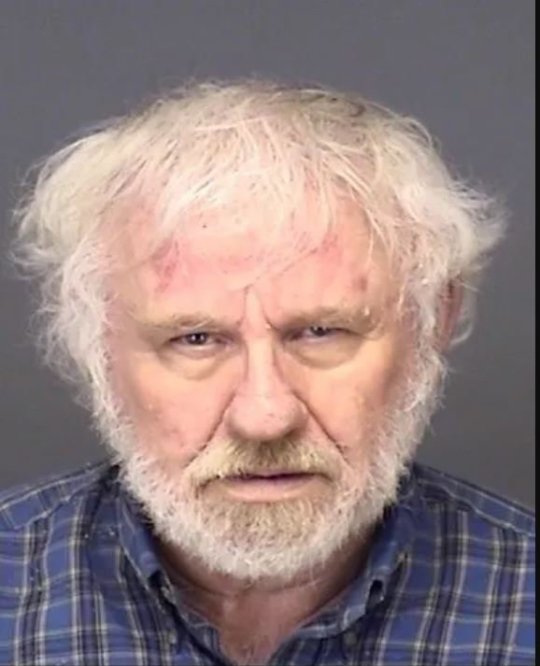 A man allegedly castrated his wiling date then kept his severed balls in a jar next to his bedside.

Gary Van Ryswyk met the other man on eunuch.com, a website for people with a fetish for castration, according to police.

Officers who investigated described the case as ‘sensitive’ and ‘kinda nuts’. They said a deputy responded to a home in Sebring, Florida, after a man called 911. When they knocked on the door, Van Ryswyk, 74, allegedly told him he had just castrated a man.

Police said: ‘Deputies found the man on the bed with a towel over his groin, which was bleeding heavily. Nearby, there was a pink container which held two body parts that had recently been much closer to the victim. The victim was taken to the hospital and was later flown to a regional medical center. He is listed in stable condition.

The two met on eunuch.com, police said ‘The room was set up like a surgical center with medical equipment and painkillers. There was also a camera set up to record the procedure.

Van Ryswyk told the victim that he had experience on animals and had even removed one of his own testicles in 2012, the man had tried to castrate the victim a week earlier, but the man had become aroused and ejaculated as he tried to sanitise his penis.

Police said the man also claimed to have carried out a similar procedure on a man in a local motel a few years ago. The other man went to hospital but police were not informed.

Van Ryswyk was arrested and charged with practicing medicine without a license resulting in bodily injury, a second-degree felony.