Man Caught Marking Register for His Goats, With the Animals Responding (Video) 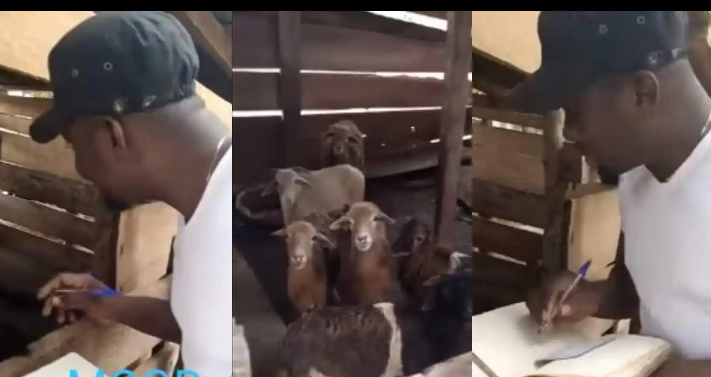 A video of a Ghanaian man performing roll call for his goats has got some netizens entertained while some are wondering about his current state of mind.

The video was sighted by Legit.ng on the official Facebook page of Connect 97.1FM. Funny: Man Marking Register for his Goats gets Many Laughing Their Hearts out

The man whose name was undisclosed was seen holding a book and calling out Ghanaian local names. It appeared these names belong to the goats in the video.

To the surprise of many, some of the goats responded to the names by bleating.

He gave the goats different names like humans Some of the names however got no response and the man was heard saying they are absent.

The names heard were Abraham, Kojo Nsiah, Yaa Yaa, Kwame Nsiah. The video which appears to have been put together for fun purposes managed to entertain some Ghanaians and at the same time, annoy some.

British Man Leaves N112.9m for Hotel Worker After Rewriting His Will