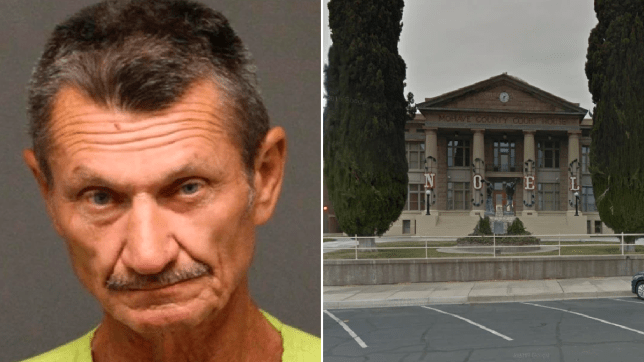 72-year-old convicted murderer, Jerry Gilligan has been convicted of forcing his wife to have sex with her 11-year-old son while he watched.

The Arizona resident, who killed his stepdad Walter Bopp in 1980, tortured his wife and son within months of being released from jail for that murder.

He intensified the abuse after his wife caught him molesting the boy in a backyard shed. The woman was reportedly bound with rope, chains and duct tape, before being battered alongside her son with a taser, knife and wooden rod. He also shaved off their hair and poured battery acid in his wife’s eyes.

Gilligan’s victims were taken to the hospital three days after the abuse began and that was reportedly when his wife began talking to the police.

The sadistic husband who was found guilty of 10 of the 18 charges he faced over the September 2016 incident, will be sentenced at Mohave County Superior Court on December 5

Mohave Daily News reported that the wheelchair-bound man who might receive a life sentence was convicted of kidnapping, torture and sexual contact with a minor.