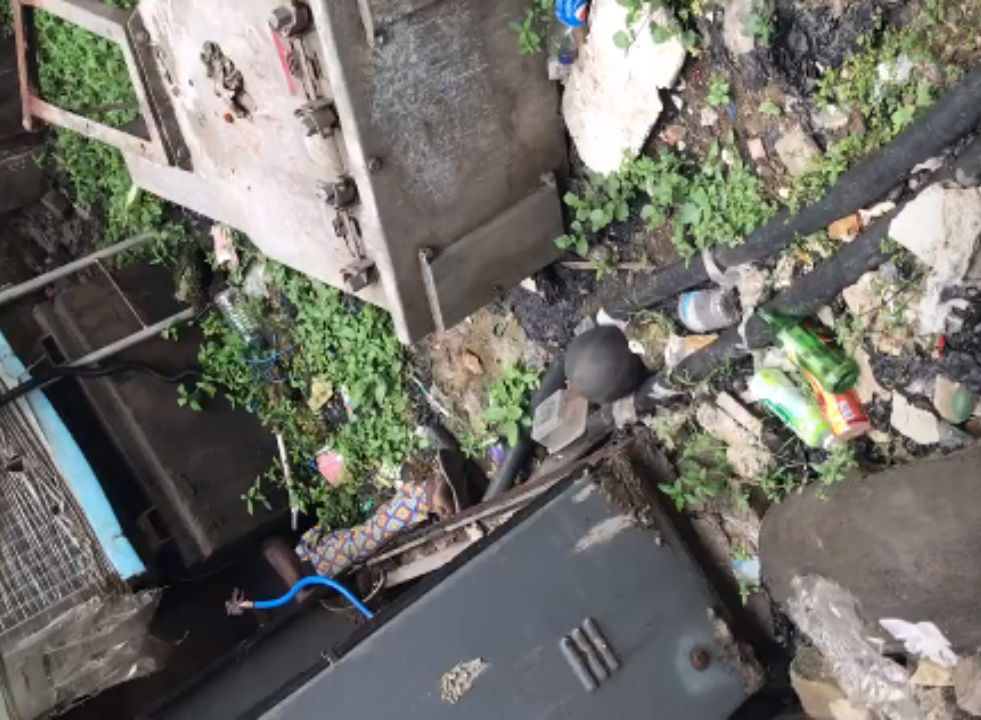 A suspected cable thief was electrocuted while tring to steal from a transformer in the Isale Agbede, lagos island area of Lagos state.

The deceased suspect was said to have been electrocuted when the electricity company restore power while he was trying to steal from the transformer.

A twitter user @hartunday shared a video of the deceased suspect lying unconsciouslyby the side of the transformer.