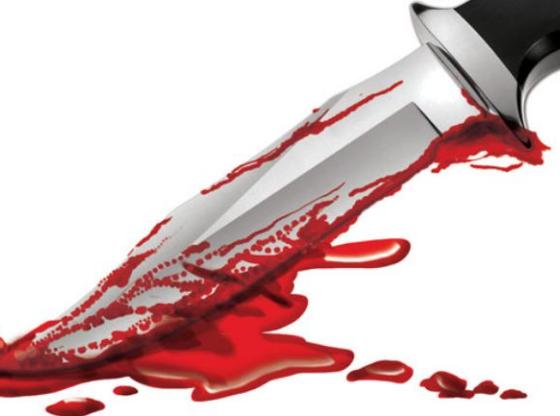 A FORTY year old man, Edidiong Effiong, was stabbed to death in the presence of his parents.

Effiong was rushed to University of Uyo Teaching Hospital  where he was confirmed dead  by medical experts.

The father of the deceased, Joseph Effiong said he had some friends who came to visit him and wish him well since he was sick.

He alleged that about few minutes past 3 0′ clock in the afternoon, he saw one Ambrose Jeremiah whom he was having land issue in court with, with a well sharpened knife.

According to him, he thought that Ambrose was bringing the knife to come and cut him to death since he has refused to die by sickness.

Effiong alleged that Ambrose rather went and cut one of the plantains in his compound that was due for harvesting and that  he did not feel strong enough to struggle with him for the plantain.

The retired teacher alleged that his  second son,  Edidong, saw him take the bunch of plantains away and ran after him and halted him to drop the plantain. Ambrose,  dropped the plantain and used the well sharpened knife to inflict deep cuts on Edidiong after which he ran away.

The Akwa Ibom State Police Public Relations Officer,Odiko Macdon said that the perpetrator of the act had absconded and police had spread its dragnet to ensure that he is apprehended.

Related Topics:Akwa Ibom
Up Next

My penis disappeared after handshake with handicapped man – Ebubechukwu