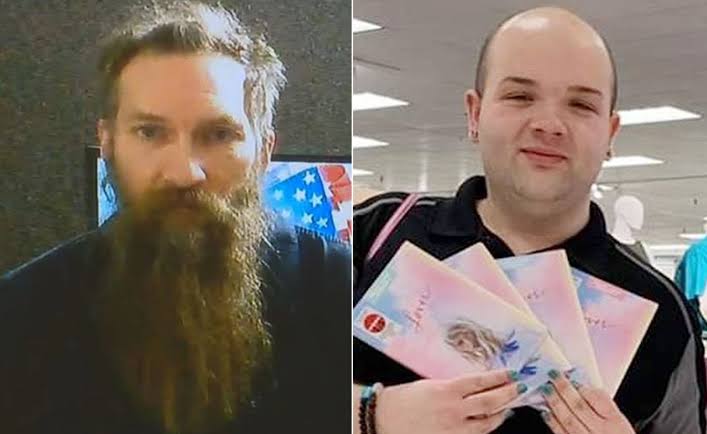 A Michigan man pleaded guilty last week to murdering, dismembering and eating the body parts of another man he met on a dating app.

Mark David Latunski, 53, of Shiawassee County, Michigan, admitted in court last Thursday that he killed 25-year-old hairdresser Kevin Bacon after luring the University of Michigan-Flint student to his home in December 2019, according to local outlet Mlive.com.

Latunski pleaded guilty as charged to mutilation of a body and to open murder, which encompasses murder in the first and second degree.

Latunski acknowledged stabbing Bacon in the back and taking parts of his dead body to the kitchen, where he ate them, after meeting the young man on Grindr, which is a hookup app for gay, bisegxwal and transgender men. He also reportedly admitted to police that he cut off Bacon’s testicles and consumed them.

Police reportedly found Bacon’s corpse hanging from the ceiling of Latunski’s basement in 2019, with parts of him removed, his throat slit and rope tied around his ankles.

“Kevin was a good kid, and he didn’t deserve what he got,” Bacon’s father, Karl, said, according to local WNEM. He said he has been unable to process everything yet but is relieved his family will not have to relive his son’s murder in court.

The victim’s father also reportedly said there is no punishment severe enough for Latunski’s crimes, saying he hopes the homicidal cannibal gets “life without parole.”

Mary Chartier, Latunski’s lawyer, reportedly was against the guilty plea and had hoped to bring an insanity defence.

“The law requires that attorneys must follow the objectives of clients found to be legally competent as it relates to decisions, such as pleading guilty, even if the attorneys believe that it is not in the best interests of the client,” Chartier said in a statement to local TV5.

“We will continue to vigorously advocate for Mr. Latunski at the degree hearing and sentencing,” the attorney added.

Latunski faces another court hearing on October 18, when it will be decided whether he is guilty of first- or second-degree murder or manslaughter. He faces a possible life sentence in Michigan, which in 1847 became the first government in the English-speaking world to outlaw capital punishment.