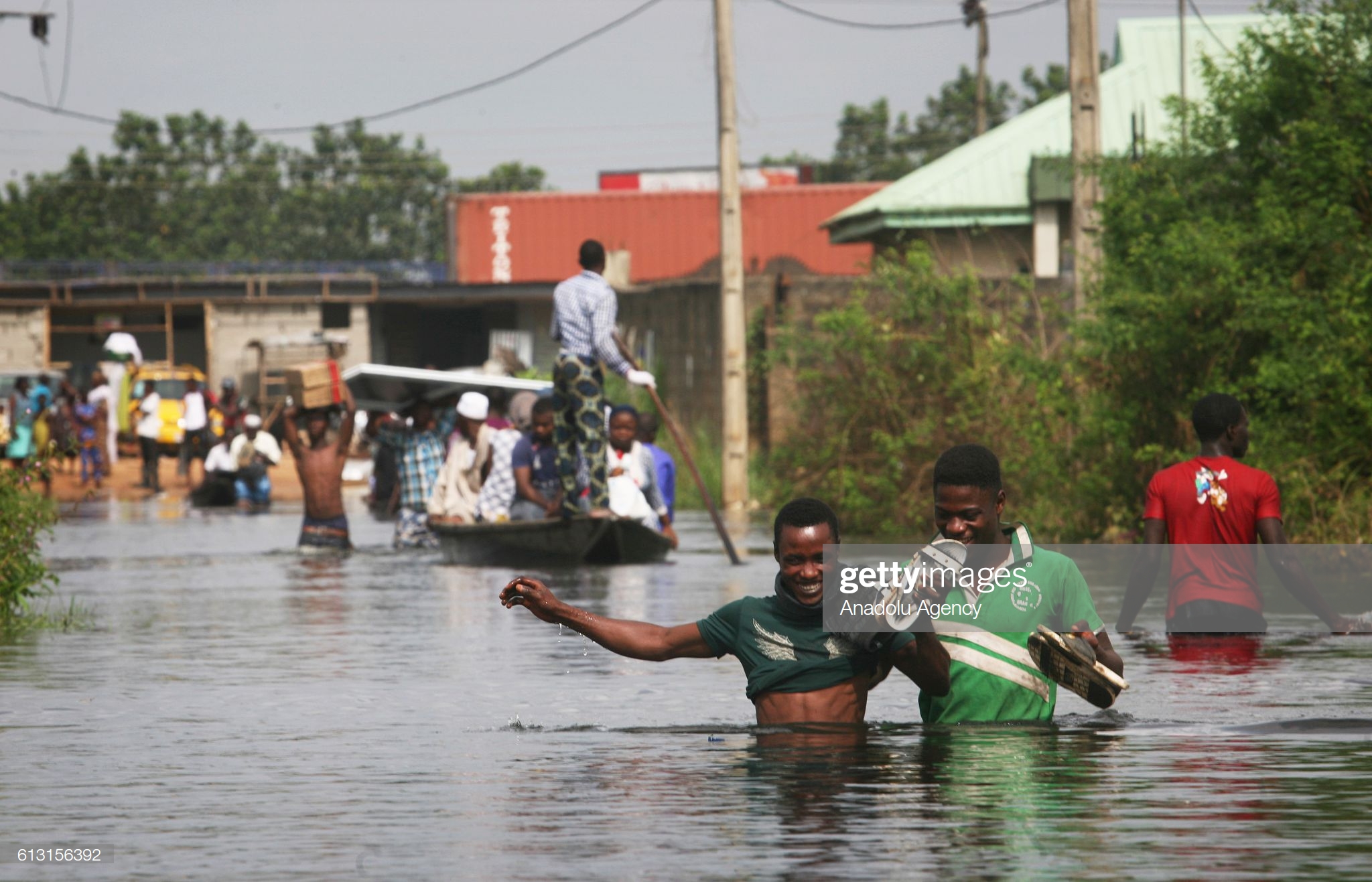 The body of a middle-aged gas retailer, identified as Kingsley Ejike, has been discovered along the flood plain in Magodo, Lagos State.

The torrential rain that started on Friday till the late hours of Saturday has submerged some houses and cut off some roads within the community on the Lagos-Ibadan expressway.

Ejike, a gas retailer, who owned Kingsfield Gas at Magboro, was swept away by the flood resulting from Saturday’s downpour.

Ejike, who was reportedly preparing for his wedding, drowned in the flood around the Sparklight Estate area of the expressway in Ogun State.

His bloated body was discovered by a search party of Ilaje fishermen around High-Impact Sparklight Road on Sunday.

A witness said that Ejike was probably swept away on his way to supply cooking gas to his customers around the estate on Saturday evening.

“There was a search party for the missing Ejike after we found his motorcycle on the flood plain without him,’’ the witness said.

A resident, Bolaji Dada, however, attributed the cause of the flooded plains to the diversion of waterways.

He said the waterways were diverted to the community without provision for another drainage to ensure free-flow of flood during rain.