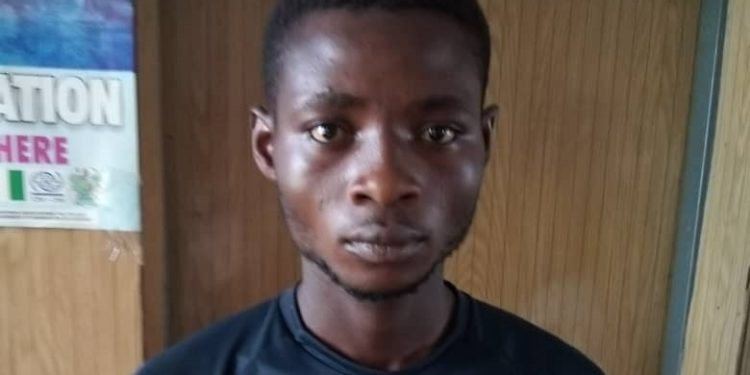 A 27-year-old man identified as Adam Kunle has been arrested by the Ogun State Police Command for reportedly raping a 38-year-old woman while she was sleeping.

The suspect who disclosed that he was turned down several times by the lady he’d been admiring for quite some time, admitted raping the lady while she was sleeping at her home on Monday November 4.

He was arrested following a complaint she made at the Ibafo Police Station.

The state’s police spokesperson Abimbola Oyeyemi, who confirmed the arrest of the suspect said the victim has been taken to the hospital for medical attention and report. He further disclosed that Kunle will be transferred to the Anti-human trafficking and child labour unit of the State criminal investigation and intelligence department for further investigation and prosecution.