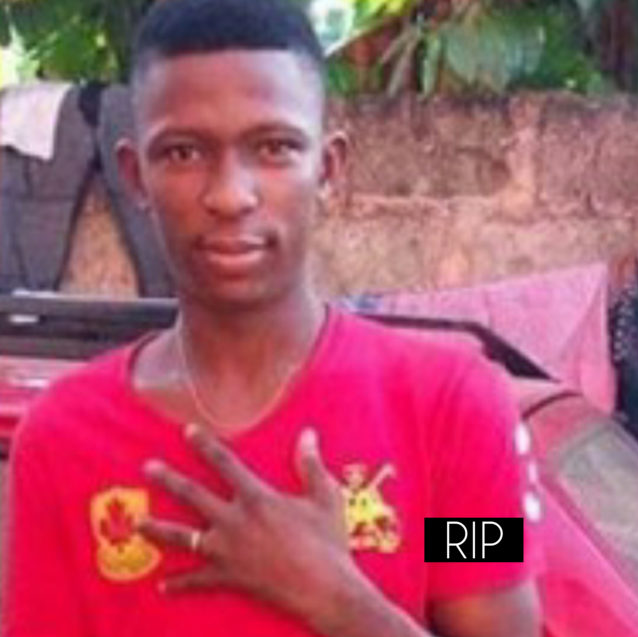 A man is on the run after stabbing his brother to death, for disrespecting his girlfriend.

The alleged suspect, identified as Uzor, is accused of stabbing his brother Nnaemeka (pictured above) with a dagger following an altercation.

Reports from sources claiming to be connected to the situation,says Uzor’s girlfriend had reported to him that Nnaemeka, his younger brother, had insulted and disrespected her following which Uzor confronted Emeka and it led to a fight between them.

At one point, Uzor allegedly got a dagger and chased Emeka with it, threatening to kill him. He carried out his threat before people nearby could intervene.

Graphic photos shared show Emeka’s body on the floor shortly after the murder while friends have taken to the social media to express shock at his death.

Ability in disability, meet Emeka Abugu, a blind vulcanizer and mechanic in Enugu