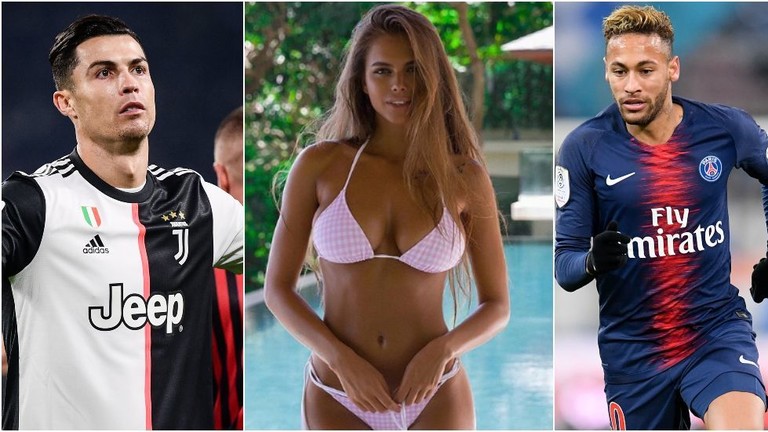 Viktoria Odintcova has claimed she snubbed Cristiano Ronaldo after the Juventus striker allegedly messaged on Instagram.

The stunning Russian model has over 5 million followers on Instagram and used to be one of Ronaldo’s biggest fans.

Odintcova was asked if the 34-year-old had ever liked any of her posts on a Russian show called Makarena  and the 26-year-old responded: “That happened… He (Ronaldo) even wrote to me. It was a long time ago. He wrote, ‘Hi, how are you?’ “I deleted the message and didn’t reply.”

Odintcova also insisted she would not have anything to do with the former Real Madrid star who is reportedly engaged to Georgina Rodriguez, adding: “Of course I didn’t give him a chance, come on! I know some other girls he wrote too, so I understood straight away, ‘dude, goodbye, delete.’

Brazilian star Neymar and Formula One world champion Lewis Hamilton have been closer with Odintcova than Ronaldo but the beauty was keen to stress their friendship was strictly platonic. She added: “The most famous person in my phonebook is Lewis Hamilton.

The last time he messaged me was November 15, to congratulate me on my birthday. “We’re friends, we just write to each other and call sometimes. He’s in the friend zone… “I go to his races occasionally, the last time was in Sochi (at the Russian Grand Prix).

We’ve been friends for three years. When I met him, I could barely speak English, I could only understand it. “I’m in touch with Neymar, because he’s friends with Lewis, I know him through Lewis. I understand that he’s a normal guy, we message each other on Instagram.”