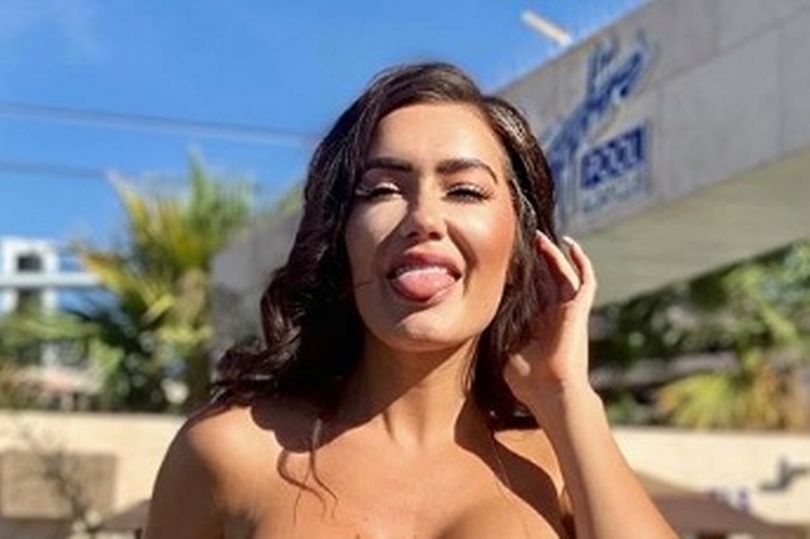 A model has gone viral after sharing an image of herself by the pool in an incredibly skimpy swimming costume.

Playboy model Cassandra Sienega who took the bikini style to new extremes while celebrating her birthday.

In a snap on Instagram Cassandra, who posts under the username cjsparxx, showed off a pink bikini that barely covered anything and has been branded “the world’s tiniest” by one fan in the comments.

The unusual swimming costume is made from three very small scraps of pink fabric, which are just held onto her body by see-through strings.

The bikini is so small, that if you saw her from the back, you’d be excused for thinking she was totally naked.

Obviously many people approved of her choice of swim wear, telling her how great they thought she looked.

But there were some who couldn’t resist poking fun at the whole thing.

One person compared the bikini to bandaids (plasters).

Another wrote: “And setting the record for worlds tiniest bikini.”

While another posted: “You’re too covered up in this photo.”

Others said she looked “mind blowing” and “amazing”.