Motorcyclist with 4,653 rounds of bullets disguised as a bag of rice intercepted in Zamfara(Photo) 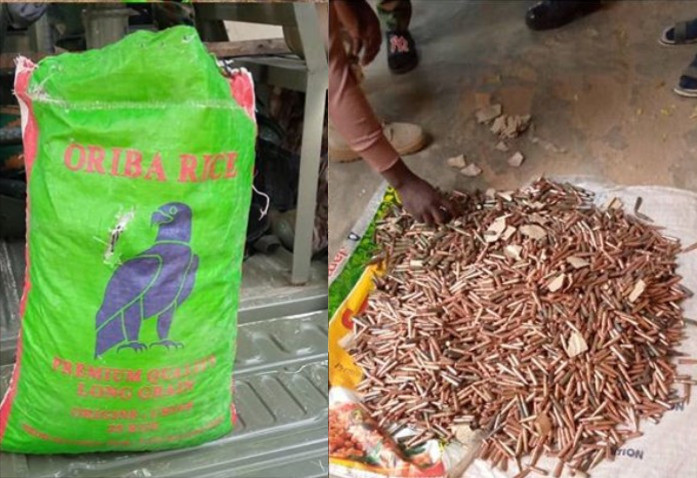 Nigerian troops deployed to Moriki, Zamfara State, on Monday intercepted a motorcyclist with a bag filled with ammunition that was disguised as a bag of rice.

According to military sources, the motorcyclist escaped but the bike and the bag of ammunition were seized.

Military authorities said they were able to intercept the motorcyclist after they got a tipoff that arms were being transported in the area. They then mounted an emergency stop and search checkpoint and that helped them intercept the bag of ammunition.

“On mounting the checkpoint not quite long, a motorbike arrived at the location with a bag looking like a bag of rice,” a military source briefed about the incident said.

The motorcyclist refused to stop for routine checks and this gave rise to a chase. To get away, the motorcyclist left behind the bike and the bag stuffed with bullets.