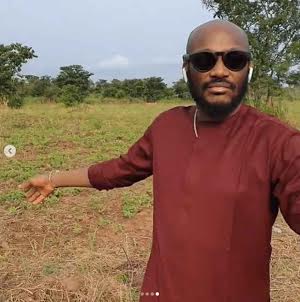 Nigerian music star, 2Face has shown off his massive farm land in Benue state which has been named “Innobia Farms”.

Sharing a video of the farm land, the singer described it as the beginning of another chapter and also revealed that his crops are growing nicely.

2Face wrote; It’s official!!! INNOBIA FARMS.
Crops growing healthy nicely. This is the beginning of another chapter .
JAH GUIDE US.