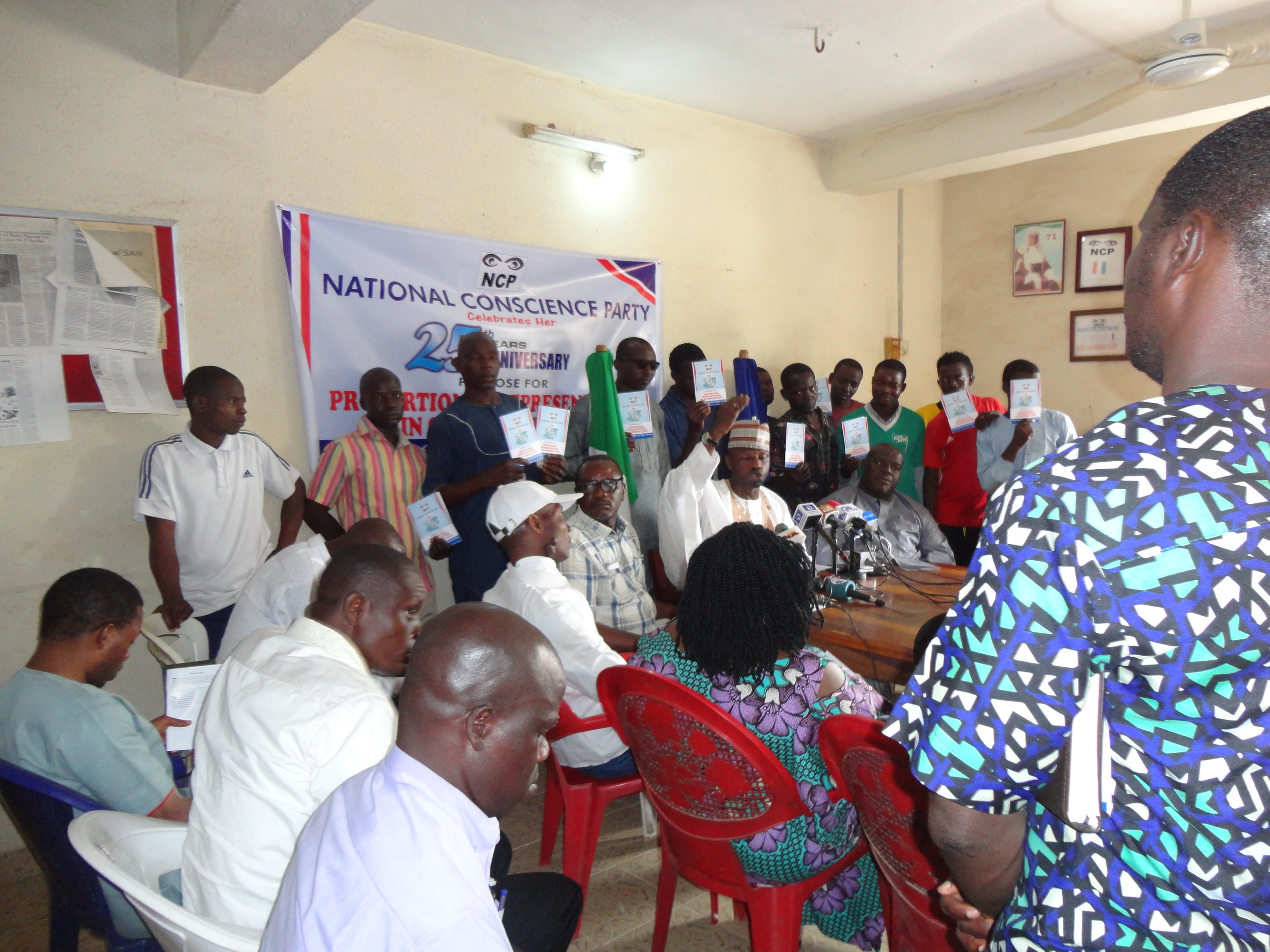 The National Conscience Party (NCP) has condemns in totality the move to reduce political parties in Nigeria.

The party in a statement by the Special Adviser on Media to the National Chairman of the party Comrade Omole Olusegun who described the move as undemocratic and must be rejected by lovers of the nation,called on Nigerians to hold their  Representatives accountable.

The party, however, appeals to the Senate to urgently reduce the cost of governance so as to make life more bearable for every Nigerian.

The NCP calls on Senator Ahmed Lawal lead 9th Assembly to also reduce the cost of running the Country legislative arm as they are there to serve not to be served as seen from the present proposed 2020 budget which shows that the National Assembly budget is higher than the Nation’s Education and Health budget.

Saying Nigeria is one leading with out of school children Country, NCP calls on the senate president to use his good officer along with other lawmakers to eradicate illiteracy in the country.

Since Nigerians now have the opportunity to settle down for credible political parties that will promote and truly protect the interest of the masses because of the poor performance of the (2) regular Actors, there is need for the Upper Legislature to guide the institutions of Political Parties jealously.

The statement went on to say that a reduction in the number of political parties to 5 is never a solution but rather a shameful ambition which should not be nursed by an Arm of Government, which by its nature cannot function optimally without political parties.