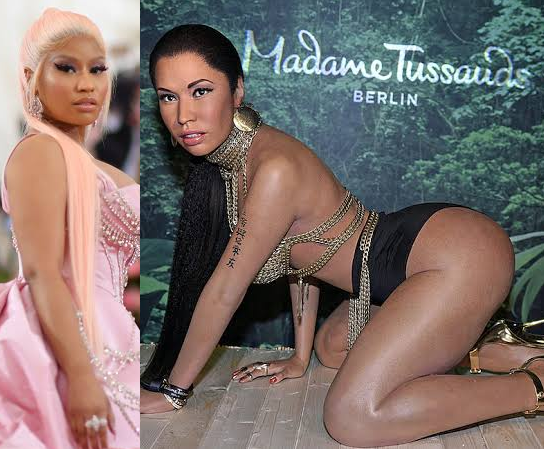 Madame Tussauds museum in Berlin, Germany, revealed a new wax figure of Nicki Minaj and fans are not impressed.

The museum’s Berlin location on Tuesday, January 7, unveiled their new Nicki Minaj wax figure dressed in the outfit she wore in her 2014 video for “Anaconda” but fans are angry and said it doesn’t do Nicki justice.

A Twitter user reacted to the wax figure, writing: “Whoever did that wax figure of Nicki Minaj needs to be fired.”

Another person tweeted: “Y’all see that Nicki Minaj wax figure???? whoever did that needs a kick and more.”

The rapper has a nearly identical figure that was unveiled at Madame Tussauds’ Las Vegas location in September of 2015.