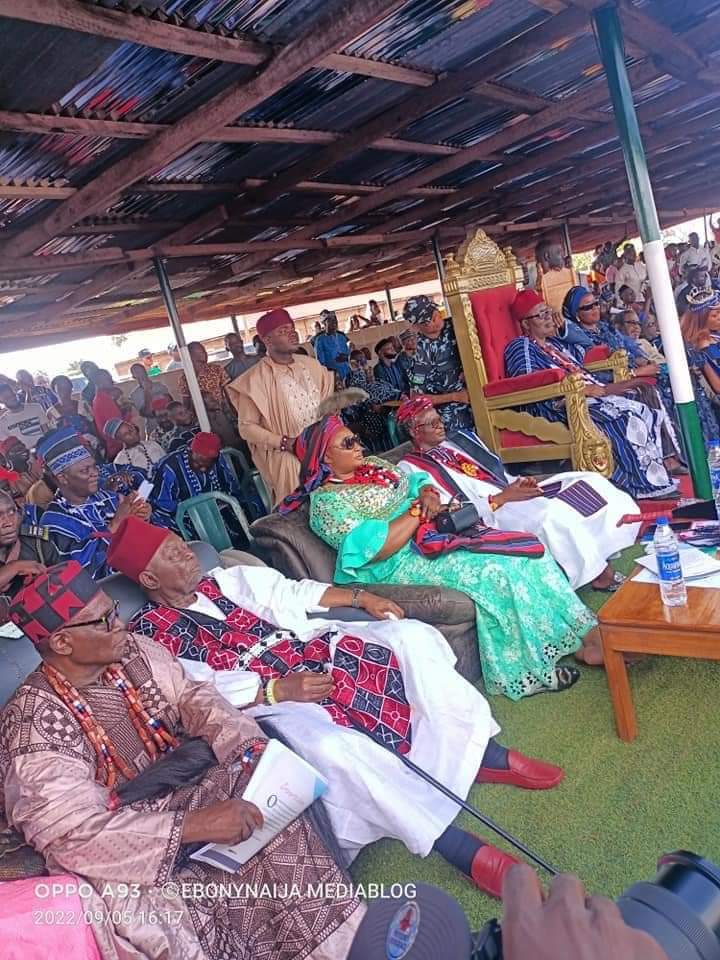 The Igede’agaba new yam festival was on Monday celebrated with fanfare and a gathering of almost everyone from across Igedeland and Benue state at large.

Speaking during the occasion the Ochi’doma V, Chief Elaigwu Odogbo John lamented the deplorable state of the roads leading to Igedeland while calling on relevant authorities fix the roads.

The Ochi’doma also used the occasion to pray for blessings on the land which is part of his traditional domain.

In his speech the Adirahu ny’ igede chief Oga Ero welcomed all coming from far and near to honor the festival while reiterating the decisions of the royal rathers in maintaining political neutrality, assuring all that they have been holding regular meetings to ensure that there is peace across all parts of igedeland.

In is remark speaker Benue State house of assembly and governorship candidate for Pdp Hon Titus Uba described the festival as special which necessitated their attendance , he also to say that Igede’agba new yam festival would be given a status of state celebration with allocation from the state government.

In another remark the governorship candidate for the apc Rev father Hyacinth thanked them for reawakening the benue people to the customs, said he has visited the area severally but sees the town going backward while saying that the bad roads would soon become a thing of the past.

Highlight of the occasion is the conferment of chieftaincy titles on governor Samuel Ortom, his deputy engr Benson Abonu, Senator Abba Moro who was given the title of ochirigogo 1 of igedeland and other worthy sons of soil, along with awards given to fifteen deserving sons and daughters of igedeland.