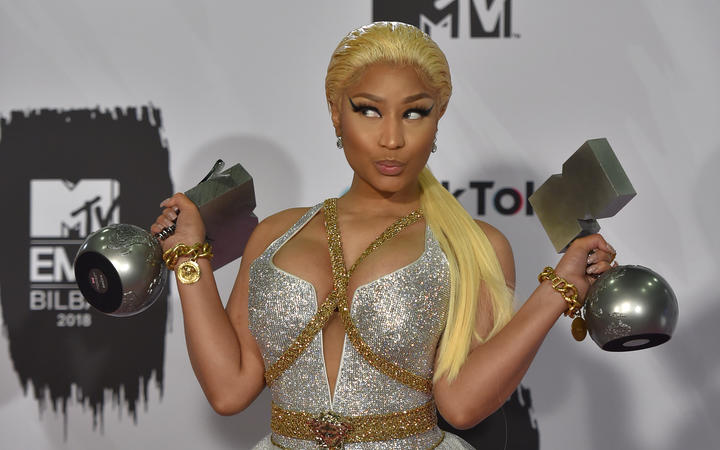 Nicki Minaj is the ”most excited” about a new record she has been in a ”really long time” ahead of the release of her fifth studio album.

Nicki Minaj’s new album will be ”fierce, fun, and unapologetic”.

The 36-year-old rapper teased fans she is the ”most excited” she has been about a record in a ”really long time” ahead of her forthcoming release, despite claiming earlier this month she was planning to retire from music.

She said: ”It’s probably the most excited I’ve been about an album release in a really long time. I’m happy that we’re not making my fans wait for another album, like I’ve done in the past.”

Nicki – whose fourth studio album ‘Queen’ dropped in 2018, four years after her third record ‘The Pinkprint’ – has told supporters to look forward to a ”way bigger sound” on her new album.

It’s not known whether the chat happened before or after Nicki announced her retirement from music less than two weeks ago, revealing she is hanging up her microphone because she wants to start a family with her beau Kenneth Petty.

She wrote: ”I’ve decided to retire & have my family. I know you guys are happy now. To my fans, keep reppin me, do it til da death of me, [check] in the box- cuz ain’t nobody checkin me. Love you for LIFE (sic).”

But the ‘Superbass’ hitmaker later issued an apology for her ”abrupt and insensitive” retirement tweet, and hinted she will explain the full story soon on her Apple Beats 1 show.

She tweeted: ”I’m still right here. Still madly in love with you guys & you know that. In hindsight, this should’ve been a Queen Radio discussion & it will be. I promise u guys will be happy. No guests, just us talking about everything. The tweet was abrupt & insensitive, I apologize babe (sic)”

Related Topics:Nicki Minaj
Up Next