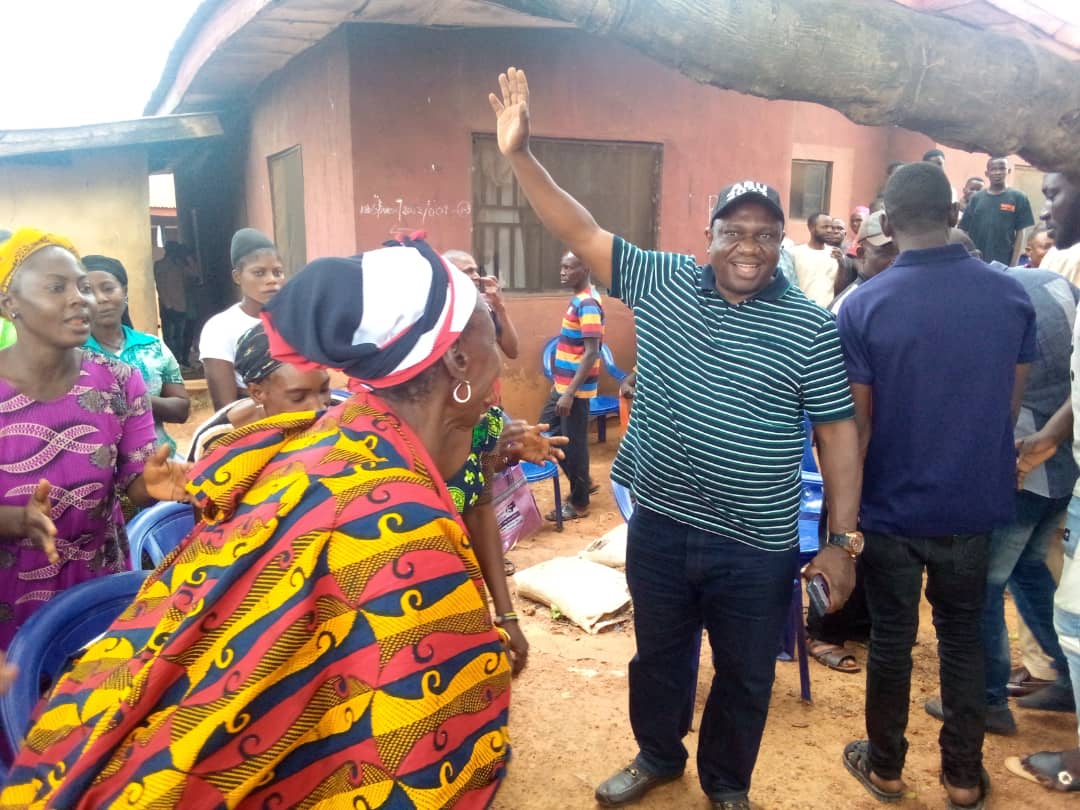 As Nigeria gears up to celebrate it’s 62nd indendence anniversary, the member representing Apa in Benue state assembly Hon Abu Umoru has given out bags of rice and cash gifts to PDP faithfuls and supporters to ensure a robust celebration.

Speaking during the occasion, hon Abu James Umoru said the gesture is in fulfillment of his electioneering promise to reach out to his teaming supporters during Christmas and Independence celebration as a mark of appreciation to them for electing him to representing them.

Hon Umoru who enjoined party faithfuls not to see anyone as enemy whether or not they worked for him, called on them to also reach out to others irrespective of their party affiliation so as to ensure victory for the PDP in the forthcoming elections.

The lawmaker gave out over 120 bags of rice in addition to cash gift to his supporters and party men and women from the 11 council wards in Apa local government.