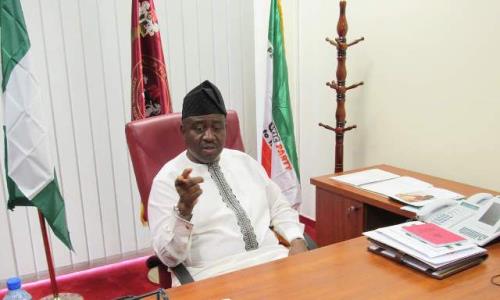 Senator Gabriel Suswam on Tuesday expressed his opposition to creation of state police.

Addressing journalists in Abuja, the former governor of Benue State, said even when he was a governor, he had opposed state police because “I know that most of us don’t have the maturity to control state police.

“The proposal in the constitution for amendment is that governors will appoint Commissioners of Police, and I can’t be party to that because I know the implication for that. That will be recipe for complete disintegration of country, except we want that.

“Because as a governor there is no way you will come to my state and misbehave and I won’t charge you for nuisance and put you in jail. And when it comes to election, you know that I can appoint a Commissioner of Police.

“My mother can be Commissioner of Police, my cousins will be the DPOs here and there, and my lackeys can be in positions; so anywhere somebody is my opponent politically, that person is gone. So, we can’t practice state police,” Suswam said.

He said Nigeria should not compare itself with developed countries on the issue of state police as those countries had gone “past where we are today. We’ve to wait until we are mature enough for state police.”