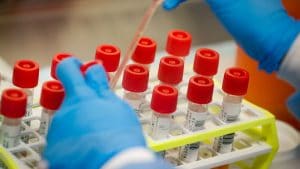 Nigeria has recorded 195 new cases of coronavirus, bringing the total number of confirmed infections in the country to 1532.

This was announced by the Nigeria Disease for Disease Control on Tuesday.

The NCDC also said four new COVID-19 fatalities were recorded in the country.

It also shows that Kwara has recorded 11 confirmed cases while Ekiti has eight; Ondo, eight; Delta, seven; Rivers, seven; Taraba, eight; Abia, two; Enugu, three; Niger, two; Jigawa, seven; Zamfara, four; Benue, one; Anambra, one; Adamawa, one; Plateau, one; Imo, one; Bayelsa, one; Ebonyi, one; and Kebbi, one and Jigawa one.

Therefore, the total number of cases in Borno is 53 and 46 in Gombe.”