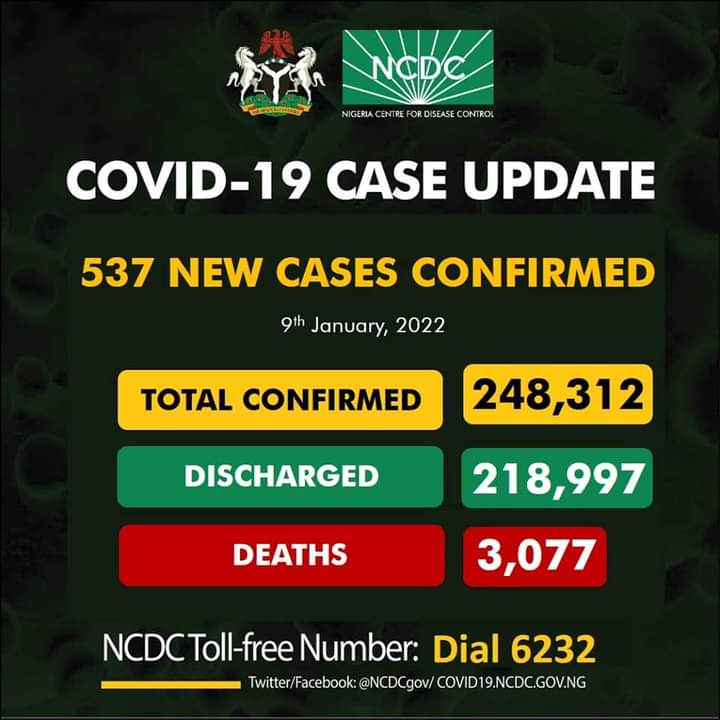 Nigeria has reported six more COVID-19 deaths and posted 537 fresh cases of the virus on Sunday, according to the Nigerian Centre for Disease Control, NCDC.

Figures released by the NCDC early Monday morning showed there was a drop in infections on Sunday, compared with the 766 cases reported on Saturday.

Of the 537 cases reported, Rivers posted 313 cases, up from the 159 cases it recorded the previous day to lead the pack.

Lagos, the epicentre of the virus recorded 178 cases to come second, a drop from the 261 cases it raked in on Saturday.

According to NCDC, “On the 9th of January 2022, 537 new confirmed cases and 6 death were recorded in Nigeria.