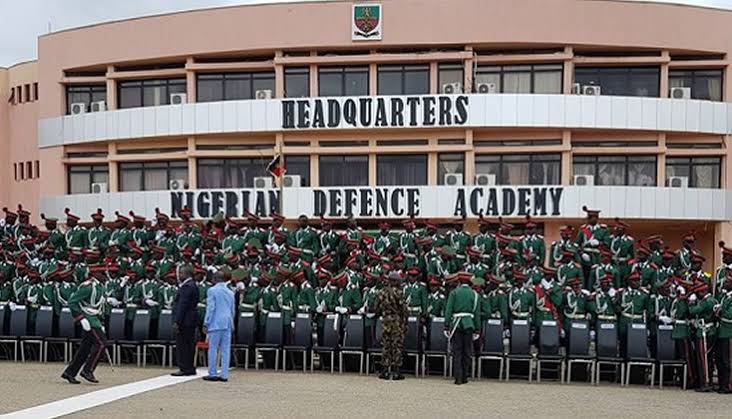 The identities of the two officers shot dead by bandits at Nigerian Defence Academy earlier today August 24, have been uncovered.

A Lieutenant Commander simply identified as Wulah and Flying Lieutenant CM Okoronwo have been identified as the victims who were shot dead during the invasion of Afaka barracks of the Nigerian Defence Academy (NDA) on Tuesday morning.

An eyewitness told Daily Trust that the attack occurred when many were asleep. One Major Datong was kidnapped in the incident, while an officer simply identified as 2nd Lieutenant Onah sustained gun shot injury and is currently receiving treatment at NDA hospital.

The Nigerian Defence Academy (NDA) has now confirmed that two personnel were killed when bandits attacked the barracks on Tuesday.

The academy’s Public Relations Officer, Major Bashir Jajira in a statement said “The security architecture of the Nigerian Defence Academy was compromised early this morning by unknown gunmen who gained access into the residential area within the Academy in Afaka. During the unfortunate incident, we lost two personnel and one was abducted.

“The Academy in collaboration with the 1Division Nigerian Army and Air Training Command as well as other security agencies in Kaduna state has since commenced pursuit of the unknown gunmen within the general area with a view to tracking them and rescuing the abducted personnel.

“The NDA community and Cadets are safe in the Academy. We assure the general public that this unknown gunmen would soon be apprehended and the abducted personnel rescued.”

Nigeria Is Not Yet Mature Enough For State Police – Senator Suswan