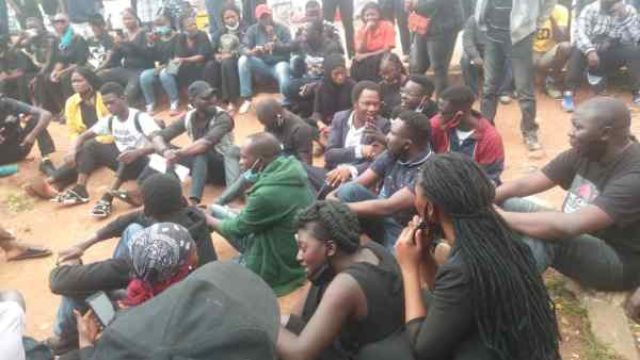 Nigerians abroad have protested against the killings in Kaduna, imploring the international community to prevail on President Muhammadu Buhari to halt the bloodletting.

Organised by the Southern Kaduna People in Diaspora (SOKAPDA) Europe and numbering about 25, the protesters converged on one of United Kingdom’s most famous landmarks – Trafalgar Square – as early as 8a.m.  on Thursday, before proceeding to the Nigerian High Commission in nearby Northumberland Avenue, with the cheerleaders chanting “what do we want?” and others responding with “justice.”

There were also tunes of “Fulani jihadists are killing us”, “Buhari wake up, we have the right to choose our faith, and we have chosen to be Christians”.

They accused the federal and state governments of failing the people, stating that over 2000 people had allegedly been murdered by the marauders.

SOKAPDA president, Rita Allahmagani, told The Guardian that the march was to bring to the attention of the international community that “what is happening in Southern Kaduna is not a conflict, but a genocide.”

Asked what they wanted the world powers to do, she stated: “Let them rise up to their responsibility and help. We want the United Kingdom, United States and France to come in and prevail on the government to end the killings.”

They later handed a letter to an official of the commission, who assured them that their message would be relayed to the President by the envoy.