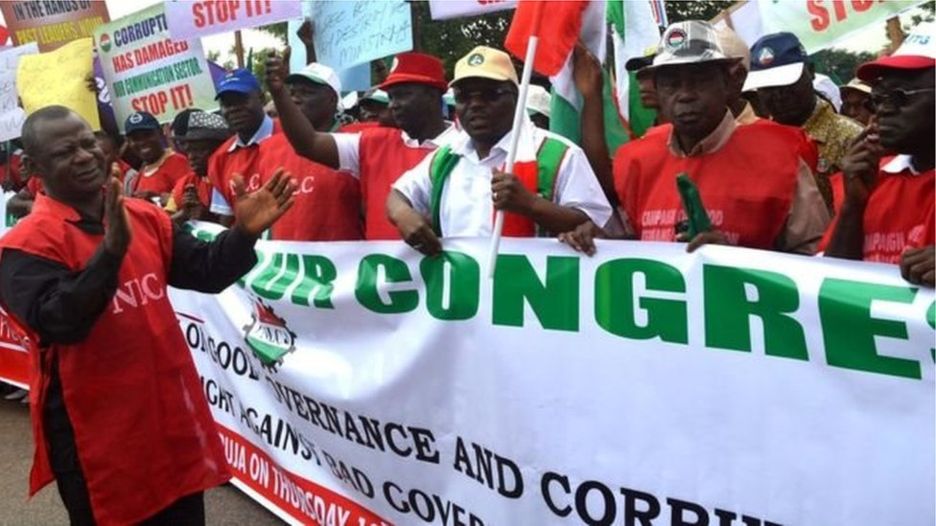 The Organised Labour, made up of the Nigeria Labour Congress (NLC) and the Trade Union Congress (TUC), after a crucial meeting with the Joint National Public Service Negotiating Council (JNPSNC-Trade Union Side) have warned the Federal Government of their intention to embark on strike, if their demands are not met at the close of work on Wednesday, 16th October, 2019.

In a statement released after the meeting, the organized labour demanded that the issue of consequential adjustment, which the government is using to delay the commencement of the N30,000 new minimum wage should be concluded within one week.