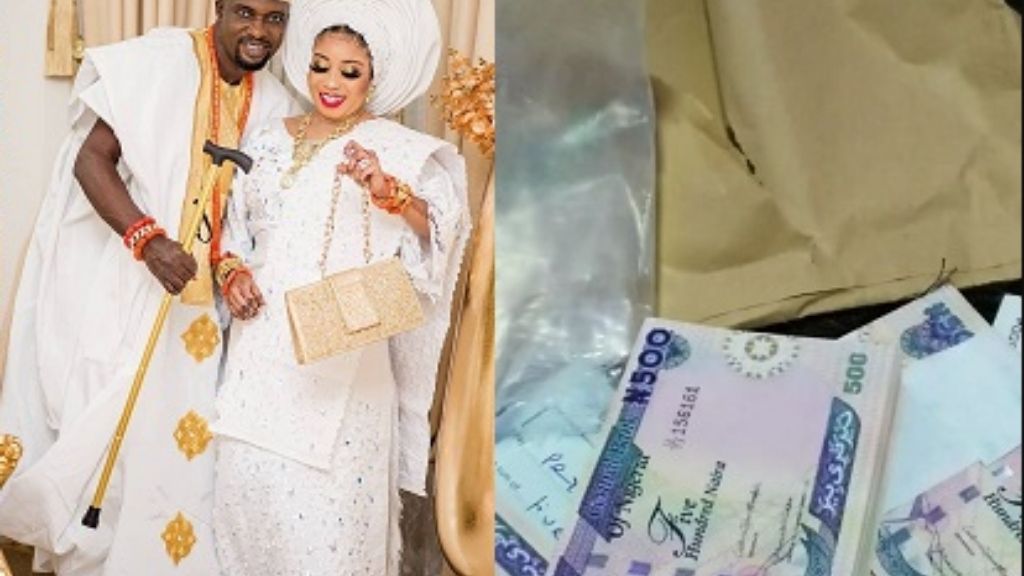 Days after her wedding ceremony, actress Lizzy Anjorin is still bragging about her luxurious wedding, and now her fancy wedding gifts.

The Nollywood actress who officially wedded her ‘Prince Charming’; Lateef Lawal earlier this month in an elaborate ceremony shared a video on her page and one could see wads of mint  N500 notes. While she showing off the money, the actress was heard saying that the bundles of cash are her wedding gifts.

One could also see cheque notes just under the cash. The actress did not display the amount of money that was written on the notes, she however revealed that the amount in the two cheques totaled N10m, noting that each cheque note carries an amount of N5m.

Anjorin went on to state that she would be going on a four-day honeymoon as a result of the cheque she received.

A lot of reactions have been pouring in on her comment section since the actress made the video public, Whilst many fans praised the star, claiming she deserved ‘all that and more’ (all whilst asking her for a donation), one follower’s comment was were less than congratulatory.

“You should keep this to yourself”, wrote one follower, to which Lizzy clapped back at saying: “I don’t keep good deeds not until you do me bad before I shout your name”.