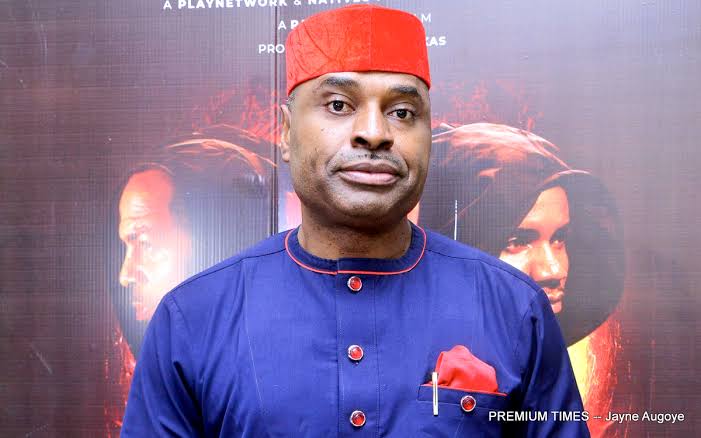 The actor turned politician speaking on a number of things, including his Nollywood colleagues who had thrown their weight behind All Progressives Congress (APC)’s presidential candidate, Bola Ahmed Tinubu said Nollywood stars are entitled to visit anybody and get paid their appearance fees.

Okonkwo went ahead to note that he was on Channels TV talking as a politician and not as a Nollywood practitioner. L Okonkwo added that an actor is entitled to his appearance fee, and once they are called as actors, they have to get paid.

He added that if he was invited as an actor and not as a politician, he would tell them what they would pay as his appearance feee. The actor noted that the Nollywood stars backing Tinubu should be ignored because if they were politicians, they would appear on TV shows to answer questions on why they were supporting their candidate. In his words: “They are entitled to visit anybody and collect their appearance fee. I am here talking as a politician, not as a Nollywood practitioner. An actor is entitled to his appearance fee and if you call him as an actor.