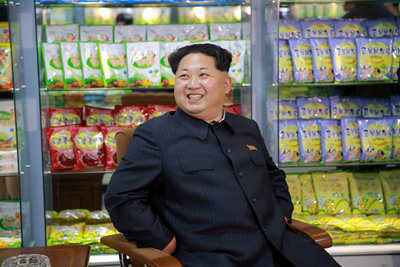 North Korean president, Kim Kong-un, has ordered citizens to hand over their pet dogs to killed for food as famine bites harder.

The pets dogs are being sold to zoos or to restaurants for meat as floods and Covid-19 have exacerbated the country’s already-dire economic situation.

Authorities have identified households with pet dogs and are forcing them to give them up or forcefully confiscating them.

Statistics from North Korea are not made public, but according to a 2018 Associated Press report, South Koreans at that time consumed 2 million dogs a year.

The delicacy was reportedly becoming increasingly less popular, that report also said dogs slaughtered for human consumption in both nations were raised on farms for the purpose of being eaten.