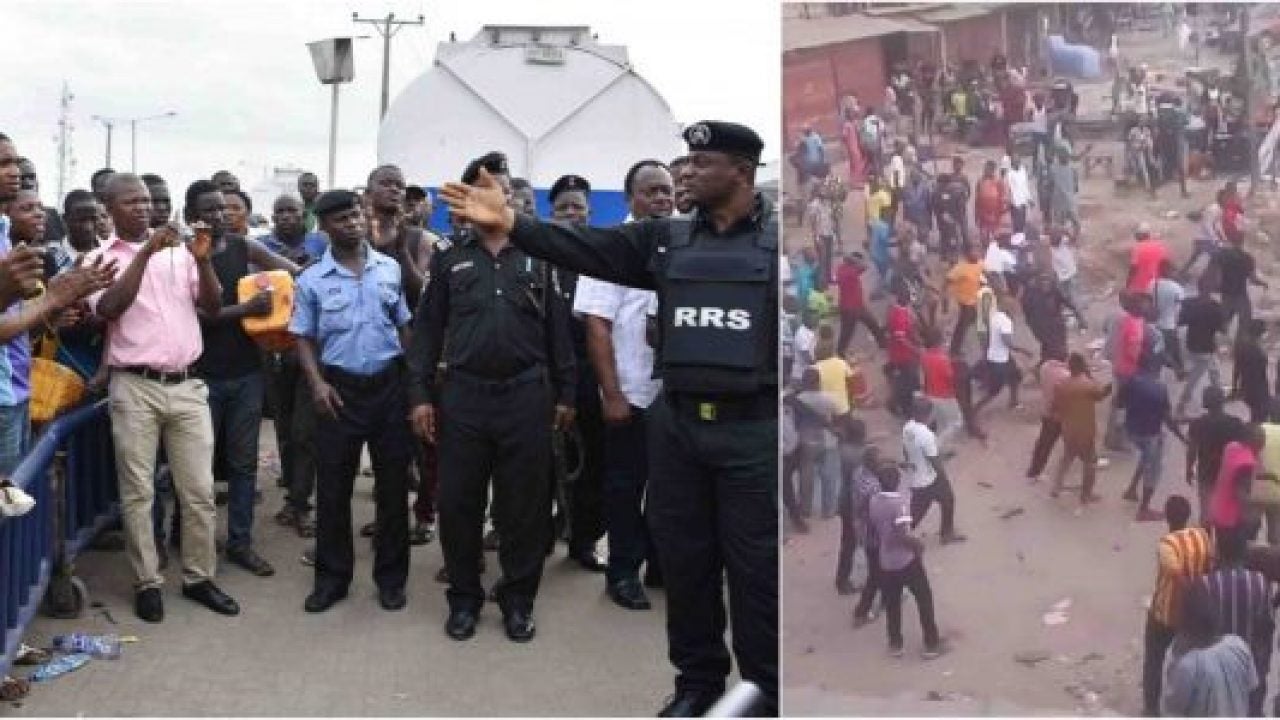 There was visible anger in Awka on Thursday when a video of officers of Operation Clean and Healthy Anambra, also known as Ocha Brigade, but most popular as Obiano Police surfaced on the social media showing destruction of traders’ wares and attacks on them.

The video, which was taken on Wednesday when the members of the brigade visited the popular Unizik Junction to enforce the ban on street trading, showed them destroying wares, dragging traders on the ground and attacking others with daggers.

Commentators lamented that the brigade has become notorious for carrying out all manner of negative jobs, including looting traders wares in most cases.

Other respondents to the viral video sought a clear cut role of the brigade, saying that the same para-military arm sanctions traffic offenders, carries out demolition of shanties, inspects the cleanliness of the environment, deals with street traders and everything in the state.

A journalist, Mr Uche Nde said, “the main job of these people as we know when they were confirmed at the Anambra State House of Assembly is to ensure clean environment and sensitize the people on how to do so.

“Today, they have become a pain in the be neck of poor traders who sell bread, banana and other fruit to survive. Before now, we have seen them attack people with batons, but this video has shown that they also use daggers as weapon. This is too bad.”

Meanwhile, traders who suffered the attack while speaking to DAILY POST on Thursday evening, lamented that they have been going through a lot in the hands of the brigades.

When DAILY POST reached out to the coordinator of the brigade, Mr Douglas Okafor for reaction for his men’s actions, his phone line remained unreachable, despite several attempts.