One killed by tanker explosion at mechanic workshop in Anambra (Photos) 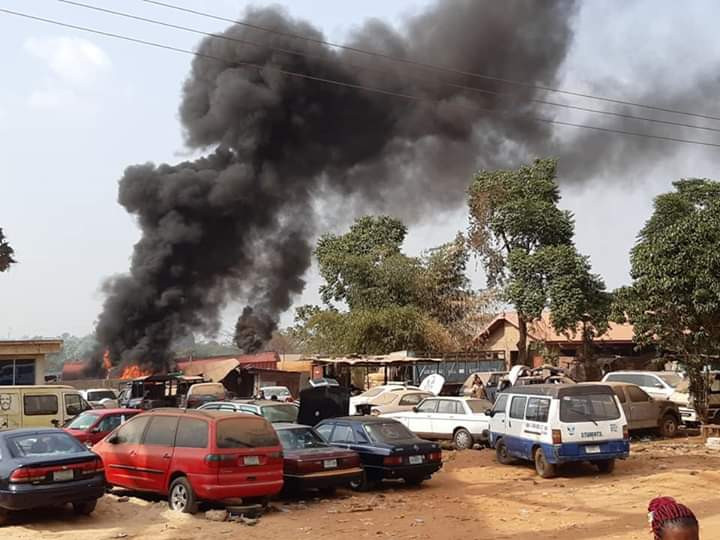 A tanker explosion inside a mechanic’s workshop at Amawbia bypass, Enugu /Onitsha Expressway Awka, the Anambra state capital has left one dead and two injured.

Spokesperson of the State Police Command, SP Haruna Mohammed, who confirmed the incident, said that the fire was raging.

Meanwhile, the Commissioner of Police Police CP John B.Abang, had visited the scene and Police patrol teams had cordoned off the Area. Fire Service department was equally contacted to put off the fire.

It was gathered that the tanker was brought in for welding, shortly after discharging petroleum products, and that a welder was already working on it when residual petrol left inside caused an explosion that engulfed an automobile mechanic workshop in Amawbia, along the Enugu-Onitsha expressway.

The welder, who was working on the tanker, was killed in the fire, while two persons, a cooler and an unidentified woman were badly burnt, and taken to hospital.

Two tankers, a tipper and a Toyota Camry car were gutted by fire as a result of the incident.