Oro members in Ogun held for ‘attacking’ Muslims in the state 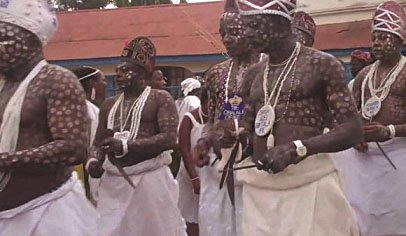 The Nation learnt the Oro adherents were said have levied curfew on the people in the Local Government on Saturday, restricting residents to their homes but the stay-in-order was defied by the Muslims; who went out to observe their prayers.

It was learnt further that the Oro adherents were incensed on sighting some Muslims and Christians outside, attacked them for alleged noncompliance with the curfew during performance of the Oro ritual which was at day-break.

The Muslims and Christians in area acting on the subsisting order of the state High court sitting in Ipokia which had in its judgment few years ago, held that the Oro adherents must desist from holding their festival in day time in any part of the area, had decided to go about their lawful movement but they were beaten by the Oro followers.

The Police Public Relations Officer in the state, Abimbola Oyeyemi, who confirmed the attack on Muslims, said the suspected Oro adherents have been arrested in connection with the incident.

The police spokesman said the suspects would be charged to court for breach of peace and other criminal acts.