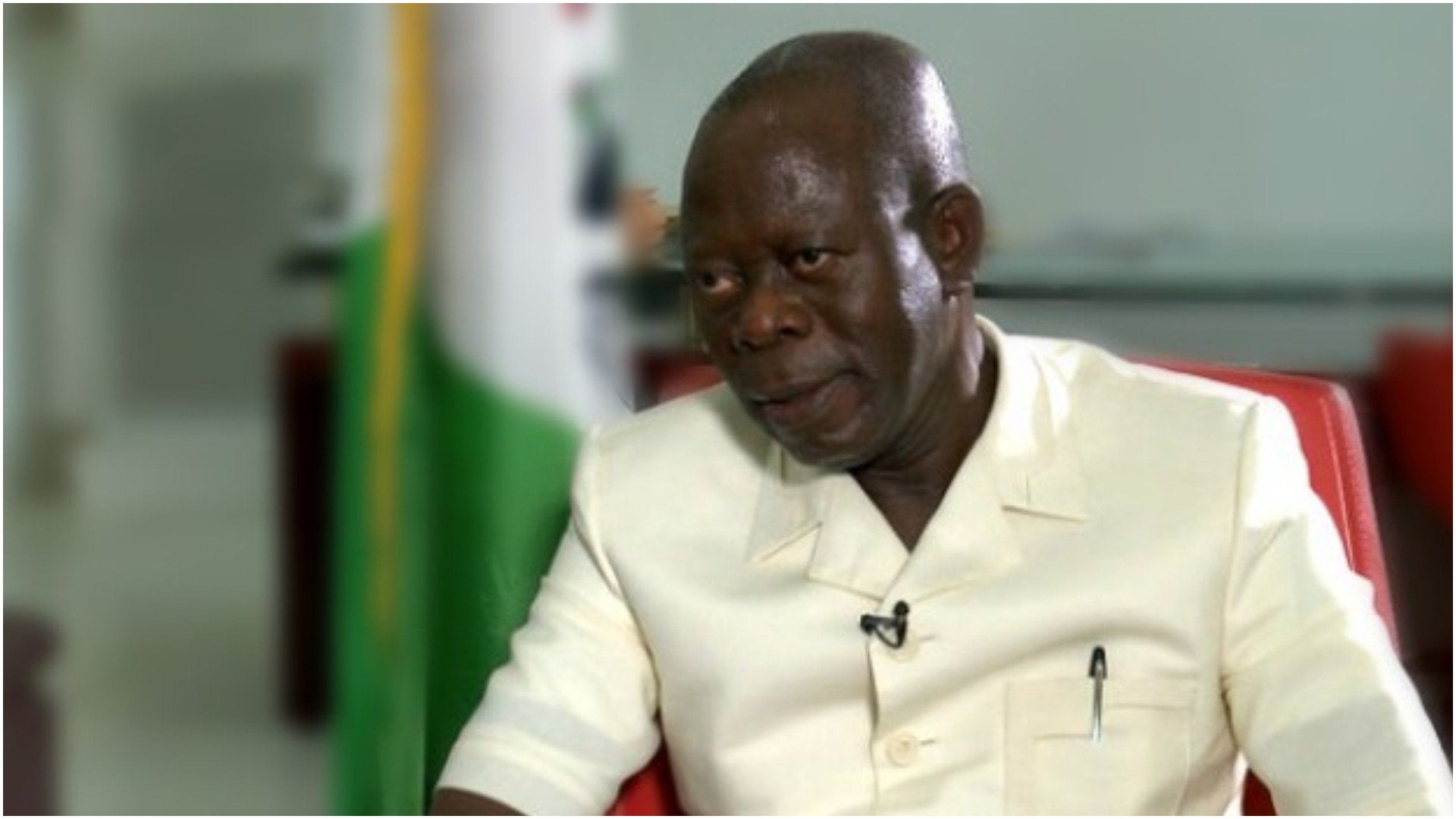 A Daily Trust publications has indicated that Adams Oshiomhole was on Wednesday, March 4, suspended as the national chairman of the ruling All Progressives Congress (APC), by a Federal Capital Territory high court in Jabi.

Justice Danlami Senchi presiding over the matter ordered Oshiomhole to step down pending the determination of the substantive suit seeking his removal as the APC chairman.

This ruling is coming after the Edo state chapter of the ruling party suspended him as a member of the APC in the state.

Oluwale Afolabi in his application dated and filed on Thursday, January 16, named Oshiomhole as the first respondent, while the APC is the second respondent.

Afolabi went on to note that Oshiomhole who is currently suspended by the party has not challenged the suspension and cannot continue to function as the party’s chairman.

The court ordered Oshiomhole to stop parading himself as the chairman of the party and advised the ruling party to stop acknowledging him as the APC chairman.

APC was also asked by the court not to grant the former Edo state governor access to the party’s secretariat.