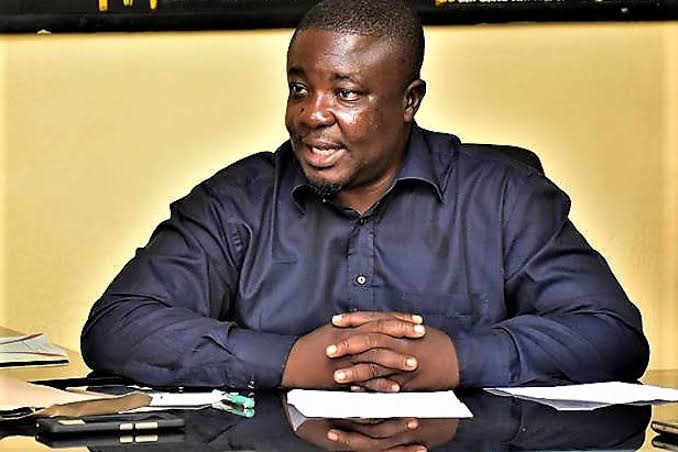 The Executive Chairman of Otukpo Local Government, over the weekend, received praises from community leaders in Ipepe, Entekpa Ward of Adoka district, as he officially handed over the keys to a newly built block of classrooms to the PTA Chairman of LGEA Primary school, Ipepe, Mr. Oloche Paul:

This brings to 28, the number of projects so far executed by Hon. George Alli since he assumed office as Otukpo LG Chairman. Some of the community leaders, for obvious reasons were full of joy and expressed their gratitude to Hon. George Alli for bringing the project to their community and to Hon. Ameh for making remembering their community. According to them, the project is the first effort of government in their community, after many years of waiting. They prayed God to bless Hon. Alli for being a caring and exceptional leader.

Hon. Alli, accompanied by some Exco members and Councilors; during the brief handover ceremony performed by the Leader of Otukpo Legislative Assembly and Councilor Representing Otobi council ward, Hon. Enokela Alegwu, disclosed that after consultation with the Councilor who represents Entekpa Ward in Otukpo Legislative Assembly, Hon. Isaac Ameh. Hon. Alli, they realized that Entekpa ward and LGEA Ipepe in particular is the most appropriate to place to build the school. Alli urged the people to ensure that the school is properly maintained at all times to cater for the education needs of pupils in the community.

The PTA Chairman and Mr. Ojama Godwin Ogbeche, who spoke on behalf of the oldest man in the community, described Hon. George Alli as a pace setting leader and a blessing to the people of Otukpo Local Government.