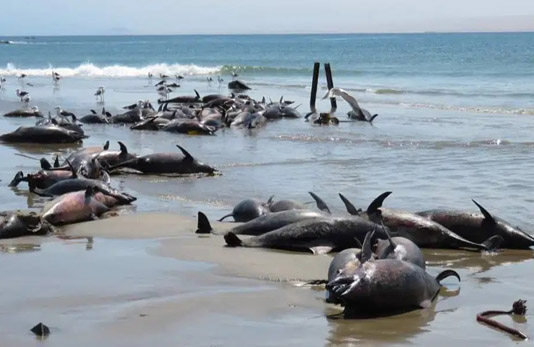 86 dolphins were found dead on an island near the coast of Mozambique, the country’s Ministry of Environment announced Tuesday.

The cause of their death is still not known. Several dolphins had already been found dead at the same location Sunday. In total, 111 marine mammals were s found by authorities.

In a statement, the sector ministry said: ‘’the team of the National Park of the Bazaruto Archipelago, in the province of Inhambane, found 86 dolphins lifeless on the west coast of the island of Bazaruto.”

The archipelago is located in the Mozambique Channel, between the coast of the country and Madagascar.

A probe is underway to determine the cause of the death of the marine animals.

The Bazaruto Archipelago National Park is the first marine park in Mozambique and its protected waters are home to many marine mammals such as dolphins, whales and dugongs.