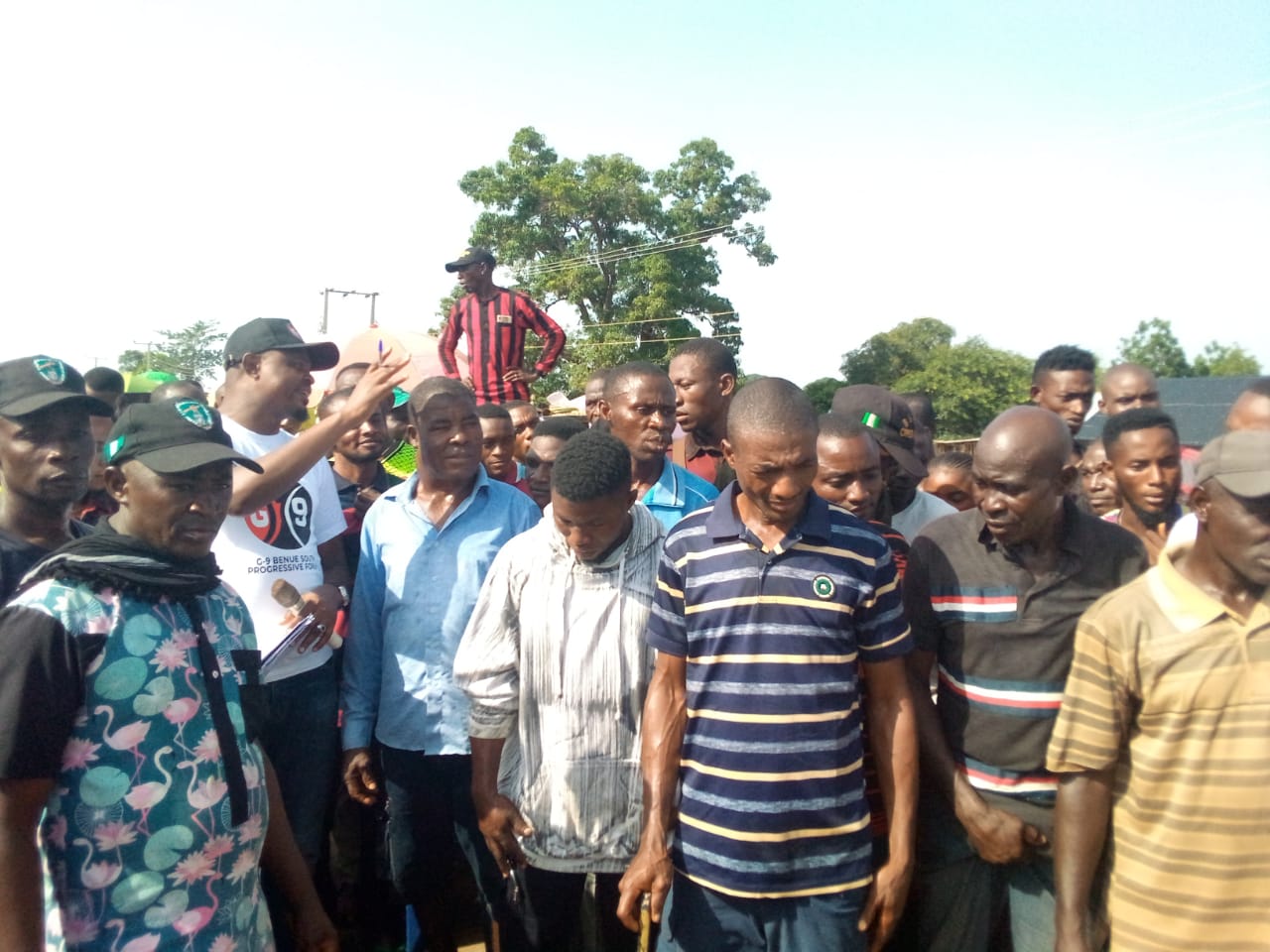 The G – 9 Benue South Progressive Forum “One Bond, More Strength” on Monday paid a solidarity visit to commiserate with victims of flood in Agatu local government and to also give them some relief materials.

Speaking the Chairman of the Forum, Chief Johnson Agada sympathized with the Communities affected, assuring that the matter will be channelled to appropriate authorities for further aids.

Chief Agada stating that the G – 9 Benue South Progressive Forum an All Progressive Congress (APC) Family consist of the nine Local Government Areas in South Senatorial District Zone C, stressed that the aim of the G – 9 is to develop the Idoma Nation for Progress that will take them to greater heights.

He however urged them to share the items accordingly in order to reach out to everyone while promising that Agricultural relief materials would be made available to them in their next visit.

On his part, Ambassador Mohammed Madul assured that the Organization is bringing all Idoma Sons and Daughters together for a new change in the Land that will further them while calling on the people of Agatu to be united and focused.

Earlier, Barrister Emmanuel Oche urged them to call into God always to grant then their heart desires, he also prayed God to strengthen them and give them good health.

Also speaking, the Ad’ Agatu, Chief Godwin Onah represented by the Clan Head of Abugbe and Agatu Local Government Chairman, Joseph Ngbede also represented by the Head of Personnel and Administration Juliana Ukpokwu appreciated the visit while thanking them for the gesture, went on to pray that God will give them more strength to do more for the Idoma people. They also appealed to the Federal Government to come to their aids to alleviate their suffering.

In response the Clan Head of Oweto, Chief Ibrahim Ikwulono urged them not to relent in what they are doing for the progress and the development of the Zone and appreciated the gesture and visit to the Area.

The relief materials which include two hundred bags of rice, bags of salt, maggi and wrappers were shared to thirty villages affected by the flooding.