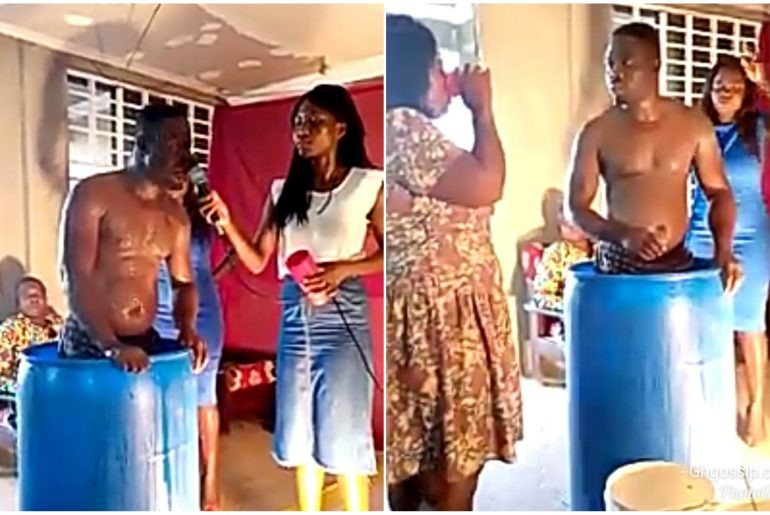 A viral video of a pastor bathing in church and serving his church members his bath water to drink has sparked up mixed reactions on social media.

The Ghanaian pastor was spotted in his boxers taking a dip in a barrel filled with water in the church. However shortly after speaking to his church members, they were spotted lining up to drink from a cup filled with his bath water.

Local news platforms reported that the Pastor told his members that God instructed him to pull off the act. According to him, anyone who drinks from his bath water will get more blessings.

Though the time the incident occurred was not immediately available, the name of the church was however given as ‘Endtime Church Of Nation’.