Police dog named Stryker sniffs out $1.9m worth drugs stash in the US (Photos) 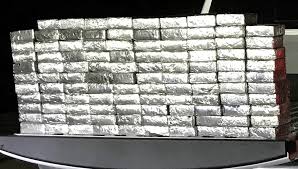 A police dog named Stryker has helped crack one of the biggest drug busts in the Lewisville Police Department’s history.

A police dog named Stryker has helped crack one of the biggest drug busts in a US police department’s history.

His dog handler officer Pat Robey was recently asked to follow up an anonymous tip about a suspicious tractor trailer that had been parked near a major highway in Lewisville, Texas.

A Facebook post from the Lewisville Police Department said officer Robey and Stryker set out to check the trailer and after assessing it, the police dog alerted his handler to the presence of narcotics.

The trailer was then brought back to the police station and was searched.

“Officer Robey assisted in the search and officers located the methamphetamine in a hidden compartment,” the police post said.