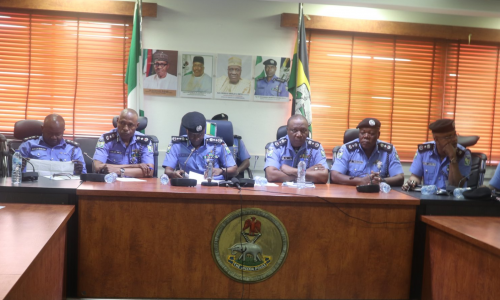 The Sokoto State Police Command has expressed concern over incessant cases of child molestation, abduction, rape and sodomy in the state.

A statement issued by spokesperson of the command, ASP Muhammad Sadiq, advised parents to be more vigilant and watchful of the movement of their children and whom they relate with.

The attention of the Sokoto State Police Command has been drawn to the incessant cases of child molestation, indecent assault, abduction and rape as well as sodomy in the State. The state Commissioner of Police Ibrahim Sani Ka’oje is hereby calling on the good people of Sokoto State to be wary of the kind of people they relate with and remain vigilant at all times, while calling on all Parents/Guardians to take strict cognizance of the movements and affairs of their Children/Wards.

The Command is equally calling on all Hoteliers and Managers of leisure facilities within the state to take proactive measures in screening their guests to prevent further occurrences of incidents in facilities alike, as all cases shall be diligently prosecuted.

In light of improving the security of lives in the state, the Command advises all dignitaries and groups undertaking activities or embarking on activities in areas that are remotely accessible to endeavour to consult the Police for necessary security advise and possible escort arrangements.

In the same vein, the Command is calling on all law violators in any form, to desist from doing so, as the Command is leaving no stone unturned, in order to bring perpetrators of crime to book.

The Command enjoins members of the public to continue to furnish the Police with credible information as it steps up its fight against crime and criminal elements in the state.