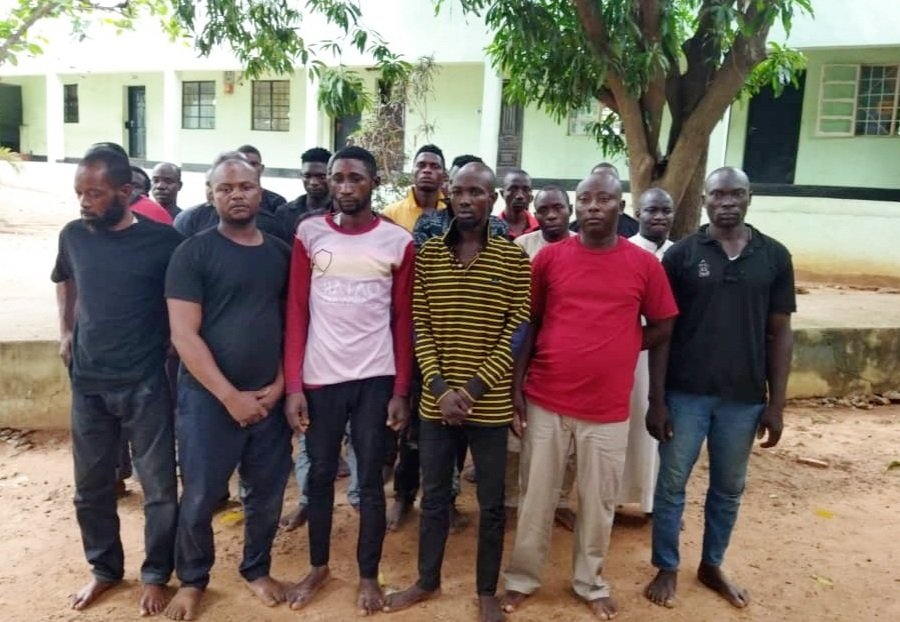 They were apprehended by Keffi Area Command officers at Minki Suites, along Keffi-Akwanga Road.

In a statement on Tuesday, Force spokesman, Muyiwa Adejobi said the suspects were working for a 2023 aspirant.

Adejobi disclosed that the politician contested in the Nasarawa West Senatorial primaries.

The police acted on intelligence after a convoy of seven private vehicles entered the hotel.

Adejobi added that the thugs “carry out their heinous acts under the guise of being members of the Vigilante Group of Nigeria (VGN)”.

Related Topics:#SosscopeElectionsNasarawa StatePolitical Thug
Up Next

Dominican Republic’s Minister Shot Dead In Office By His Friend