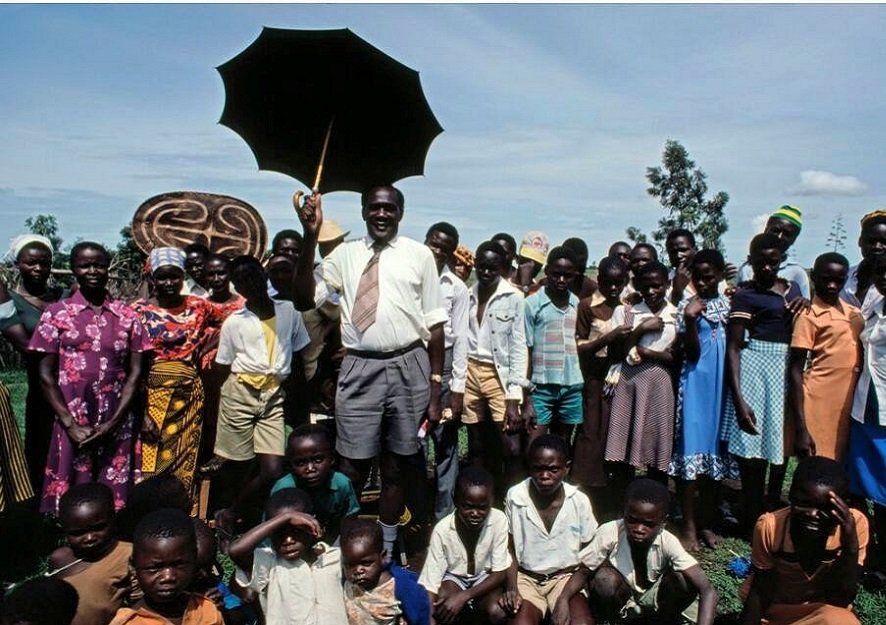 Many defied the social distancing law with almost 1,000 people coming out to pay their last respects to a popular polygamist in Angola.

The man identified as Francisco Tchikuteny Sabalo died from prostate cancer and was laid to rest on Sunday, April 19, 2020.

Before his death, the Angolan, who is popularly called Big Dad, was a man with a very big family, even though a Christian, Francisco married 49 wives but seven of the women left the marriage before his death.

The late polygamist also fathered 281 children but 125 died before him, leaving 156 surviving children. Francisco has 250 grandchildren and 67 great-grand-children surviving him.

it was reported that the polygamist valued education and spent more than N540k every year on school supplies. Three of his daughters are currently studying medical sciences and two sons are learning computer science.

The first wife of Francisco reveals her intentions to fulfill her husband’s last wishes, which is to keep the children fed and united. The extended family primarily relies on farming, raising domestic animals and the proceeds they get from the family business.

Akuku was a global case study in the institution of marriage. A disciplinarian in his home, he knew all his children by name and even had a schedule on when to spend on which house.

Since his death, people have tried to compare him to other successful polygamists from the continent. Names like eSwatini’s King Mswati III, who has about 14 wives and 23 children, have come up. South Africa’s former President Jacob Zuma is also noted to have five wives and 20 children.

But perhaps the one who comes close to Akuku is Abumbi II, the 11th king of the Bafut kingdom in north-west Cameroon.

The king has 100 wives and 500 children. The only exception is that he inherited 72 wives from his father, King Achirimbi II, who died in 1968. With 28 wives already, King Abumbi ended up with 100 queens and 500 children.