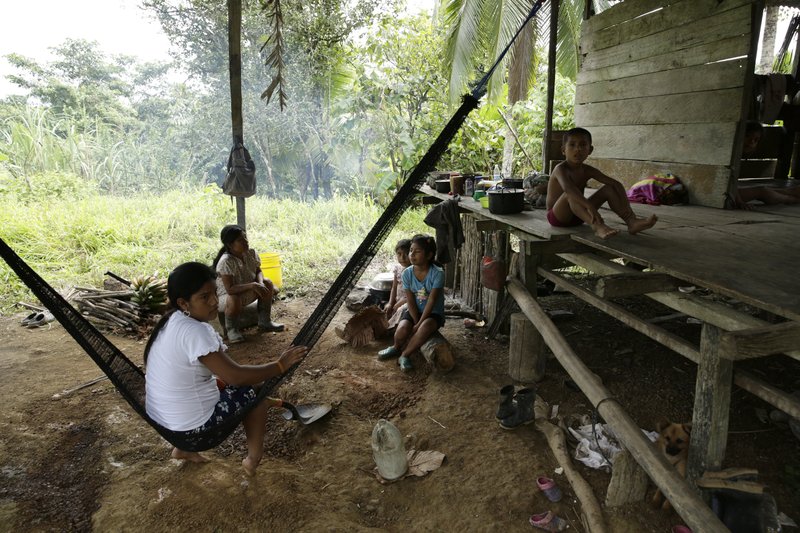 A religious sect whose members professed to be “anointed by God” forced a pregnant woman and five of her children to walk through fire as part of a cult ritual.

Police reported seven villagers had been killed by the cult earlier this week, while 14 more were found by authorities the next day, bound and beaten in a temple.

According to residents in El Terron, Panama ,the cult, known as “The New Light of God”, is made up of indigenous people who claim to be chosen by God to sacrifice non-believers, even if the heretics are members of the own families,.

Nine villagers have been arrested and charged with murder, reportedly including a grandfather and two uncles of the five children who died alongside their pregnant mother and a neighbour.

A distraught tribal leader, Evangelisto Santo, said “Nobody expected this,” adding that local people had largely ignored the religious group.

The sect arose after a villager returned to El Terron following a stint abroad, bringing back unusual religious beliefs with him.

Last weekend, members of the sect began dragging victims into an improvised church, where they beat them into submission with sticks.

Cult members also stood with machetes ready to attack those who failed to repent to their satisfaction.

El Terron is nestled in the jungle of the indigenous Ngabe Bugle enclave on Panama’s Caribbean coast and is largely cut off from the modern world.

Many in the community, which is home to about 300 people and gets by growing yuca and rice, are Roman Catholics.

Josue Gonzalez, a farmer, managed to rescue two of his children – a 5-year-old girl and a 7-year-old boy – from the attack, while a 15-year-old son escaped on his own.

However, he was not able to save his pregnant wife and five of their other children before authorities arrived by helicopter and found Mr Gonzalez’s wife, the children and a neighbour decapitated and buried.

The cult members charged in the case reportedly include Mr Gonzalez’s own father, and villagers have said two of Mr Gonzalez’s brothers had declared themselves prophets of the cult.