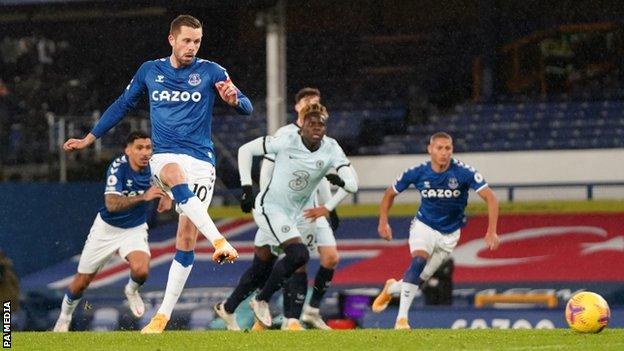 Chelsea’s 17-match unbeaten run was ended by an Edouard Mendy error at Goodison Park as a patched-up Everton side won 1-0 to deny their visitors the chance of going top of the table.

Mendy’s rush of blood came after he saw the Toffees striker get the better of the experienced Thiago Silva in the air, but when Calvert-Lewin poked the ball past him there was nowhere to go but clatter into the England international.

It was the ideal scenario for Carlo Ancelotti’s team, who due to injuries lined up with a quartet of centre-halves across the back four and without their influential playmaker James Rodriguez, subsequently defended resolutely and counter-attacked sporadically to secure a welcome three points after one victory in their previous six outings.